Western Australia to host the biggest adventure race in the world 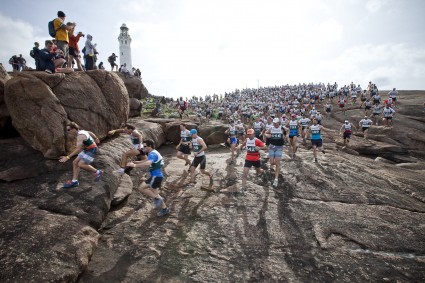 Entries are flooding in to the world’s biggest adventure race - again being staged in Augusta, Western Australia in November.

This year will be the 10th year of this leading event and competitors will come from across Australia and overseas to be part of the experience, to race the challenging course and to try to stake a claim in the massive $20,000 cash prize pool.

Sam Maffett, Director from event managers Rapid Ascent, explains “we are very pleased to be celebrating the 10th anniversary of the Augusta Adventure Fest in 2015 and so far entries have been as strong as ever into these popular events.

“Over the years the event has provided plenty of rewarding adventure challenges in South West Western Australia.

“It seems that just about  everyone has tackled the challenging off-road courses , from Olympic gold  medallists and TV celebrities through to first timers and juniors who were still in nappies back when it all started in 2006.

“The event is expected to sell out again this year and the inclusion of the Australasian Multisport Championships will provide some extra excitement and even more incentive for interstate and international competitors.”

Already, within days of entries opening the races are already nearly 70% full. 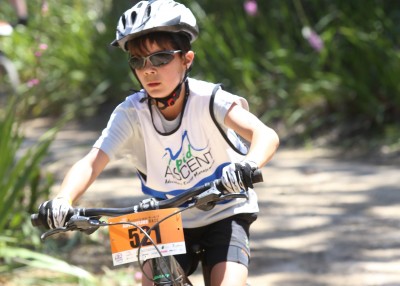 This year, the full course Act-Belong-Commit Augusta Adventure Race will also incorporate the Australasian Multisport Championships. This prestigious championship is administered and awarded by Multisport New Zealand and were held in Rotorua in New Zealand between 2011 and 2013. It came to Australia and the Lorne Adventure Fest in 2014 and will now be part of the Augusta race for the next two years.

Currie explains “Augusta is an incredibly scenic place, it’s really beautiful and the course is a real contrast to the conditions we have at home in New Zealand. It’s one of the best courses I’ve raced in Australia.”

The Augusta Adventure Race also incorporates the Tri Nations Trophy, a three way battle between the best adventure racers from Australia, New Zealand and South Africa. Each nation has three designated competitors, all of whom compete as individuals, and the nation with the lowest cumulative team time is the winner.

Last year the Australian team secured the trophy and will no doubt be fighting hard to retain it.

As well as the full course Adventure Race, the festival includes a half-distance Augusta Mini Adventure Race and the Augusta Junior Survivor for kids, which are both held on Saturday.

The Act-Belong-Commit Augusta Mini Adventure Race provides a pathway into the sport and was created especially for novices and intermediate adventurers who might be a bit overwhelmed by the main race. The 27 kilometre course provides similar off-road adventures as the full distance adventure race but in a smaller, bite sized version that’s less intimidating.

The Act-Belong-Commit Augusta Junior Survivor is a 4 kilometre super fun running and obstacle adventure challenge designed especially for children aged up to 13 years of age. Each year it attracts a sell-out field of 900 children who make their way around the course.

The Augusta Adventure Fest is also proudly supported by the Western Australian Government through Tourism WA’s Regional Events Program, which is funded by Royalties for Regions.

The event is being held on Saturday 7th and Sunday 8th November 2015.

For more information go to www.AugustaAdventureFest.com.au