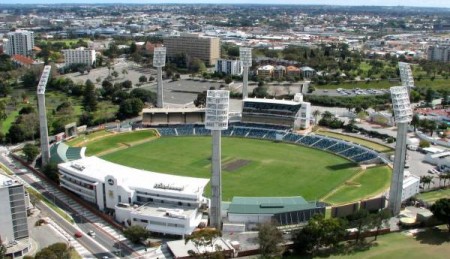 West Australian AFL clubs are being urged to abandon Perth's Domain Stadium, and co-locate their base of operations at the Western Australian Cricket Association (WACA) ground when the new $1.4 billion Perth Stadium opens in 2018.

Western Australian Premier Colin Barnett has previously said he expected Domain Stadium, the former Subiaco Oval, to be demolished after 2018, despite the fact that the Western Australian Football Commission (WAFC) has a 76-year lease on the site.

Premier Barnett said that WAFC should move its base to the WACA ground, stating "I don't think there's much future for Subiaco, so I would urge local football, the WAFL, the Football Commission and cricket to get together and co-locate at the WACA ground, and then we can look at how that ground can be remodelled in the future."

The Western Australian Government has refused to guarantee the West Coast Eagles and Fremantle Dockers would not be financially worse off by the move to the new Perth Stadium but Premier  Barnett said with a new 60,000-seat stadium under construction, both clubs would attract thousands of new members.

Privately, both clubs fear a similar situation to that encountered by the Adelaide Crows and Port Adelaide during the 2014 season at the redeveloped Adelaide Oval. Both clubs reported poor financial returns despite attracting record crowds.

Urging the clubs to consider a move to the WACA, Premier Barnett added  "I don't run the Eagles or the Dockers, they are private sporting clubs, but building the 60,000-seat stadium which will be the best equipped, in terms of players and fans, both the major clubs, the Eagles and Dockers, will sell thousands of extra memberships, they will clearly be better off.

"There will be bigger crowds, more members, more revenue flowing.

"The Eagles and the Dockers will have thousands of extra members. They're going to be clearly better off."

In March, the WAFC joined with Delaware North, Live Nation and Ticketmaster to launch Perth Stadium Management - a new entity that currently manages Domain Stadium but which clearly has its sights on running the new 60,000-seat Perth Stadium.

As of May, Perth Stadium Management was named as one of four venue operators short-listed to manage the new venue.