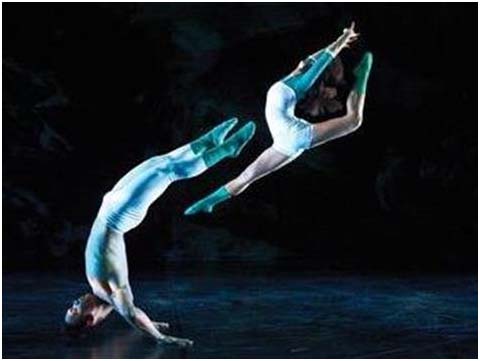 Mindful that Western Australia’s rapid growth has left a gap between population size and the capacity of the arts sector, the Western Australian Department of Culture and the Arts (DCAWA) is working towards developing a Strategic Directions Framework to address current needs and future growth in the cultural sector.

A just-released discussion paper, Towards a Strategic Direction Framework 2015-2030 from the DCAWA Arts Leadership Group identifies a range of priority areas for the arts, including current challenges and a range of opportunities for improvement.

Introducing the discussion paper, DCAWA Director General Duncan Ord writes “there are many opportunities in the arts sector in Western Australia, with world-class institutions and arts organisations, and where our isolation has bred creativity unencumbered by comparison to other states.

“However, there are also significant challenges, with such a vast State, where the costs of bringing performances and programs to and within WA is expensive, where technology is changing the delivery of traditional art forms, the population is increasing and becoming more diverse, and at a time when there has been a downturn generally in the economy.

“This discussion paper is designed to kick-start discussions on what is required to grow and sustain a vibrant, world-class arts and cultural sector in Western Australia.

“A strategic direction for the WA culture and arts sector will help determine infrastructure priorities and set a policy and funding agenda for the next 15 years. Importantly, it will also provide a planning framework that can be revised and updated every five years.” 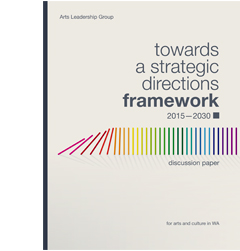 Matters suggested in the discussion paper include the following objectives and points:

To increase access to the arts:
6. Promote the success of social responsibility initiatives such as those undertaken in the Pilbara to increase the engagement of vulnerable people with the arts
7. Utilise empty office/industrial/retail spaces and other interesting buildings to draw crowds to new venues
8. Replicate the success of the disability arts sector model to engage other marginalised groups in arts practice and participation
9. Use technology solutions to reduce the impost of ticketing
10. Promote volunteering in support of cultural and arts organisations and activities
11. Engage with the ageing population
12. Add a cultural dimension to Citizen Science programs engaging people to investigate, understand and care for their environment

To promote excellence:
13. Move the argument away from traditional script of why we need to fund the arts to what value the arts create
14. Engage more with the Australia Council
15. Build on WA’s strengths in young people’s arts (music, theatre, puppetry, screen and dance)
16. Create incentives for expatriate artists to continue to connect to the local industry
17. Collaborate nationally and internationally to develop new markets and raise standards
18. Build benchmarks around excellence that look at both artistic (critical) and financial success
19. Mentor smaller organisations using the skills of large organisations

To take advantage of technology:
20. Use technology to bring audiences to arts and the State’s collections in an affordable manner Digitise collections to make them more accessible
21. Curate online exhibitions or allow the public to curate own exhibitions using digital assets
22. Build on the State’s animation, gaming and 3D design capabilities
23. Use data to understand trends of how the audience wants to interact with each other
24. Use technology to provide two-way communication

To enhance access to collections:
25. Invest in major capital works such as the $428 million new WA Museum project
26. Capitalise on the rich maritime archaeology resources in WA
27. Developing a WA Heritage Centre around the capacity of the State/National Archive and the State Library of WA
28. Create exhibition spaces for collections held in private hands or by corporations
29. Promote access to university collections
30. Tour exhibitions and objects from State collections
31. Research and interpret rock art

To grow internationalism:
37. Use partnerships between the State’s cultural institutions to bring major exhibitions and performances to Western Australia
38. Build expertise in production capacity in Perth.
39. Provide international marketing workshops for arts organisations to build in house expertise
40. Establish a Perth AsiaLink office and utilise the strength of relationships in the region to import and export creative content
41. Encourage successful WA or WA-trained artists who have achieved international recognition, e.g. Hugh Jackman, Tim Minchin, to create work with local companies and organisations
42. Make better use of the capacity of tertiary institutions, State government agencies and industry and their national/international links
43. Use opportunities from free trade agreements to open up the arts sector to international artists and producers and export opportunities
44. Time arts events to coincide with other tourism opportunities including major sports events and conferences

To expand cultural spaces:
45. Create new cultural and performing spaces such in the new WA Museum, Elizabeth Quay and Yagan Square, the proposed Joondalup Performing Arts Centre, heritage buildings including the East Perth Power Station and Goolarri cultural precinct in Broome
46. Develop regional museum and cultural centres
47. Involve local government to open up libraries and other arts and cultural facilities
48. Partner with sport and developers for multi-use spaces, including the new Perth Stadium for major events.
49. Distribute more capacity across the metropolitan area rather than try and do it all in the inner-city area.
50. Look at opportunities from local government reform to utilise offices and halls etc. from amalgamated entities

The role of the Arts Leadership Group is to set a long-term strategic direction for the arts in Western Australia, and set the infrastructure, policy and funding priorities for consideration by successive State Governments.

It is chaired by Duncan Ord.

Enquiries on the initiative should be made to: artsleadershipgroup@dca.wa.gov.au

Click here to view Towards a Strategic Direction Framework 2015-2030.