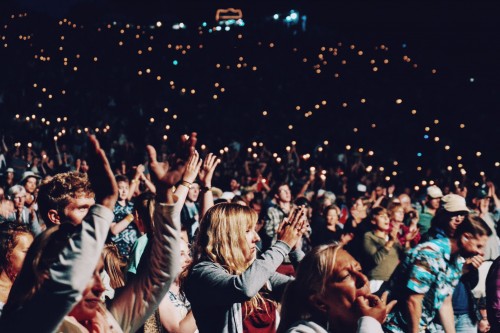 Wellington's mayors are taking steps towards building a major indoor concert arena for the region.

With the city’s outdoor Westpac Stadium having a capacity of just over 30,000 people and the TSB Arena offering indoor seating for about 5,500, Wellington’s leaders feel that the city is missing out on major concert acts by not having a large indoor arena.

Media have reported that Ed Sheeran’s promoter stated that skipping cities like Wellington and Christchurch during his tour to New Zealand next year was an easy decision to make because the venues available were not the right size.

To a potential new arena, the region's mayors directed the Wellington Regional Economic Development Agency (WREDA) to begin investigating the case for an 8000 to 12,000 seat arena.

The results are due in August, and will include costings, information on funding and potential locations.

Wellington City Council have projected $60 million in their Long Term Plan for a facility to be built by 2023, but Wellington Mayor Justin Lester says getting support from his fellow mayors and the regional council was crucial.

Mayor Lester stated "Wellington might not have been able to afford a major new arena on our own, but with financial support from the rest of the region we're much more likely to get this across the line.

"A lack of a good-sized concert arena means we are missing out on major acts which are going elsewhere instead."

Upper Hutt Mayor Wayne Guppy, who moved the motion at the committee meeting to support a new venue, says major concerts in Wellington benefit the Hutt Valley and the rest of the region's accommodation, business and tourism opportunities.