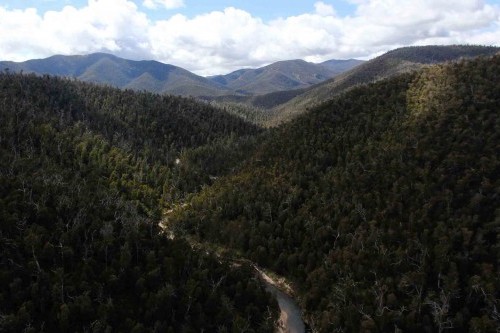 Safety issues resulting from the current weather conditions have seen the ACT Government announce the ongoing closure of parks and reserves across the Territory.

ACT Parks and Conservation Executive Branch Manager, Justin Foley has made the decision to maintain the closure of parks and conservation managed estates due to the safety issues resulting from the current weather conditions until 11:59pm on Saturday 4th January.

Explaining the decision, Foley commented "for safety reasons due to excessive smoke and very high fire dangers, I have made the decision to maintain the closure of our managed estate west of the Murrumbidgee River, Kowen Forest, the Mulligans Flat Sanctuary and Googong Foreshores.

“As yet, while no Total Fire Bans have been declared, the current smoke haze and air quality result in conditions where it remains unsafe for members of the public in areas west of the Murrumbidgee River, Kowen Forest, the Mulligans Flat Sanctuary and Googong Foreshores.

“I have consulted with ACT Emergency Services Agency Commissioner Georgeina Whelan who has supported this decision.”

As a result of this decision, the following nature reserves and roads will be closed:

Boboyan Road and Brindabella Road remain open along with Corin Dam Road up to Corin Hub. This allows for access to Corin Forest.

There is also a ban of naked flames across all of ACT Parks and Conservation Service’s managed estate, excluding Cotter Campground, until the end of March 2020.

Five campgrounds remain closed for the entire fire season. These are:

Additionally, while a number of roads in the northern Namadgi National Park are closed for the entire fire season, swimming areas at the Cotter and along the Murrumbidgee River such as Kambah Pool, Pine Island, Point Hut and Uriarra Crossing will also remain open.

In an effort to accommodate recreational users, the Canberra Nature Park (other than Mulligans Flat and Goorooyarroo Nature Reserves) and all pine forest areas (other than Kowen Forest) will remain open to the public.

Electric barbeques provided at the Cotter, Casuarina Sands, Pine Island and in Canberra’s urban parks will be available, but all gas barbeques are turned off.
esa.act.gov.au