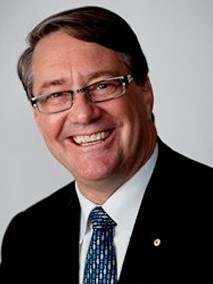 Warwick Smith has stepped down as Chairman of the Australian Sports Commission.

The former Liberal government Sports Minister said his retirement from the Board was linked with his plan to devote more time to commercial activities and thanked the ASC for their support during his time as chair.

Smith explained "I would like to thank my fellow Board members, the previous Sports Ministers, Kate Ellis and Mark Arbib, the current Minister Kate Lundy, the dedicated staff at the Commission, and most importantly, the athletes and administrators across all sport in Australia.

"I consider it an honour to have served in this role. I look forward to a continuing association with sport, but this time as an active observer and as a fan."

Sports Minister Senator Kate Lundy thanked Smith for his contribution to Australian sport, adding "I would like to personally thank Warwick for his outstanding contribution to the board. His strong commitment to implementing Australia's sport policy will be a lasting legacy.

"Warwick took the chair with the clear intention that he would dedicate two years to oversee the consolidation and reform of the Commission and his efforts have been outstanding."

Senator Lundy said under Smith's two year tenure the ASC re-focused on increasing the numbers of Australians participating in sport, strengthening sporting pathways to link grassroots and high performance sport, and striving for success in sport.

The Sports Minister added "with the London Olympics and Paralympics on the horizon, it is important to recognise the tremendous support Warwick has provided to our elite athletes, including assisting in the establishment of the Green and Gold fund to support our potential medal winning athletes.

"Warwick's focus on increasing the link between high performance sport and community participation has seen a renewed focus at the ASC on the importance of grassroots sport."

Smith will lead a panel to select a shortlist of candidates to permanently fill the position of Chair. In the interim, Australian Rugby League Commission Chief Executive David Gallop, ASC Board Deputy Chair, will step into the role of acting chair for three months.