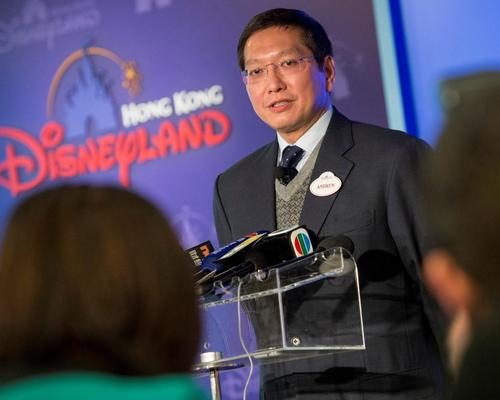 Kam, who left Hong Kong Disneyland in March following a fall in the theme park’s profits, joins Wanda following its Chair, Wang Jianlin, having made a series of highly critical remarks about the Shanghai Dsiney Resoer.

Earlier this year, Wang compared Wanda’s plan to build 15 multi-billion dollar amusement parks in China before 2020 as a “pack of wolves” versus “one tiger” – referring to Disney’s newly-opened Shanghai attraction.

With its Wanda City attractions, Wang aims to topple Disney as the world’s largest tourism enterprise by 2020.

Wanda’s most recent addition is its US$5.2 billion Hefei Wanda City development, which draws extensively on Chinese history and culture as its theme.

In addition to the ambitious domestic plans, Wanda has expanded overseas with as series of sport, entertainment and tourism acquisitions.

in 2015, Wanda purchased Australia's largest cinema company Hoyts while it has also committed $1.7 billion to the Australian property market, including a $900 million residential and hotel project called ‘Jewel’ on the Gold Coast, and has been in negotiations with the Queensland Government over its plans to develop a theme park on the Gold Coast – although it is unclear whether it aims to build an all-new attraction or whether it will buy an existing park and expand it.

The rise of Dalian Wanda is charted in  a feature in the September/October 2016 issue of Australasian Leisure Management.