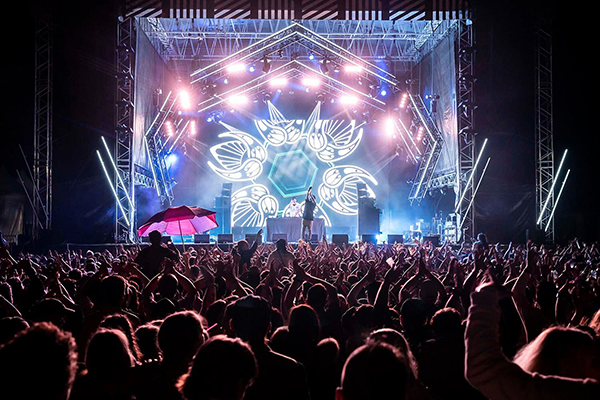 Rhythm & Alps festival director Alex Turnbull advises: “We’ve hand-chosen these acts from around the globe to showcase a swathe of musical talent that cherry picks from all genres and musical styles.

“We’re unbelievably excited about the calibre of this year’s artistic selection and we know this festival won’t disappoint. It’s another international level line-up, with a second announcement still to come.”

The festival, which welcomes 10,000 partygoers and more than 5,000 campers to the stunning Wanaka area, is immeasurably proud of its nearly decade-long reign as the ultimate dance party in the country’s South Island.

Turnbull added “Rhythm & Alps is regarded as the safest festival in NZ and the best place to be in the country for New Year’s. With awesome music, immaculate stage production, amazing weather and a relaxed atmosphere, we’re proud to deliver a world-class festival in Wanaka’s spectacular Cardrona Valley.”

The Cardrona Valley will welcome London artist Wilkinson to headline the premium New Year's Eve slot, toting a full band and a small string orchestra following heavy demand from his southern fans. His 2019 hit ‘All For You’ is set to be an unofficial Kiwi anthem as he helps to usher in 2020.

American trap and bass producer RL GRIME makes a return to the Southern Alps and will light up the main stage 30th December, while British electronic artist Jon Hopkins will hit the arena following his 2019 Glastonbury festival success with a live AV show, playing exclusively in New Zealand at R&A alongside neuroscientist-turned Sam Shepherd who performs live under moniker Floating Points.

UK veteran jungle producer Shy FX will bring his spin on drum and bass centre stage, while US rapper Freddie Gibbs will make his first festival appearance in the country.

House and techno fans will delight in the dulcet tones of US talent Honey Dijon, who remains a vocal advocate for trans rights and gender awareness. Honey Dijon will share the stage on New Year’s Eve with British producer HAAi, who dexterously mixes Turkish funk and Kenyan beats in slow release techno.

Founding member of Jurassic 5 Charles Stewart, will bring his Los Angeles sound to the stage under his hip hop title Chali 2na, joining international DJ artist Krafty Kuts with a double bill on the main stage.

UK artists include the elusive Break and ever popular Lenzman, with more acts to be further added to the line-up.

For more information go to www.rhythmandalps.co.nz

17th January 2013 - Challenge Wanaka gears up for biggest race yet