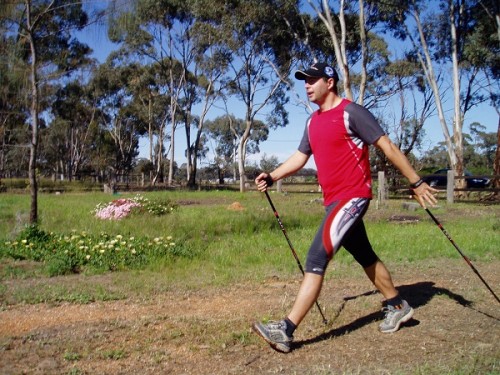 Walking for exercise is the most popular sport or activity which Australians regularly participate in according to the latest National Sports Participation report from Roy Morgan.

Released today, the report found that nearly half of adult Australians, or 47.9%, regularly go for a vigorous stroll. This is an increase of around 800,000 participants, since 2014.

Combining data for the year to December 2017 from the Single Source survey of Australians aged 14+ and the Young Australians survey of children aged six to 13 years shows the next most popular activity is swimming with 14% of Australians six years or older swimming regularly.

Over 1.2 million Australians aged six to 13 and more than 1.9 million adults now swim. 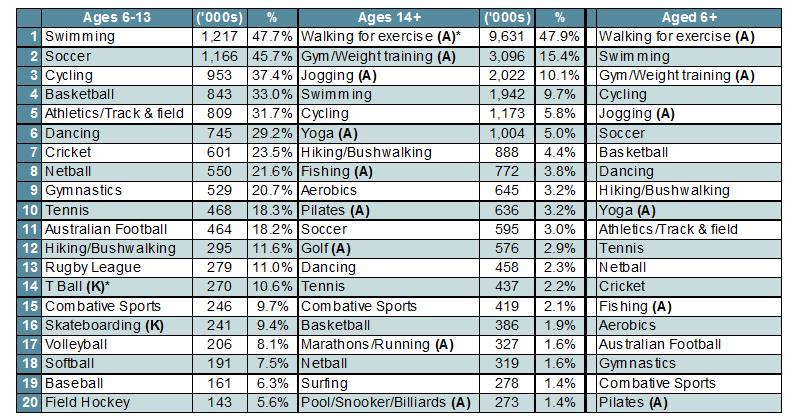 In an explanatory note, Roy Morgan explain that “a glance at the table shows there are several sports and activities with high regular participation for adults that don’t appear for kids. Marked (A) are sports and activities we ask only for those aged 14 and over as part of the Single Source survey include walking for exercise, gym/weight training, jogging, yoga, fishing, pilates, golf, marathons/running and pool/snooker/billiards.”

Commenting on the findings, Roy Morgan Chief Executive Michele Levine stated “nearly half of Australian adults regularly go walking for exercise. The activity ranks far ahead of swimming and gym/weight training as activities Australians undertake to maintain their fitness.

“In fact walking for exercise has increased in popularity over the last three years with over 9.6 million Australians now walking, up around 800,000 from 2014.

“For younger Australians aged between six to 13 years old swimming (47.7%) marginally pips soccer (football) (45.7%) as the most regular sport or activity undertaken. The world game is ranked far ahead of rivals Australian football (18.2%), rugby league (11%) and rugby union (4.8%).

“There is also a huge gap between the levels of participation between the different age groups.”

Advising that virtually all sports and activities measured on both surveys show higher rates of participation for children aged six to 13 years old than those aged 14 and over, Levine added “of the sports and activities measured on both surveys it is swimming that ranks highest and Australia’s penchant for swimming was covered extensively in a release that looked in-depth at swimming and other Commonwealth Games sports available here.

“Roy Morgan’s extensive demographic, attitudinal and behavioural data allows sporting organisations to gain deeper insight into the trends for participation in their respective sports and also develop an understanding of the other interests and activities that drive participants.”