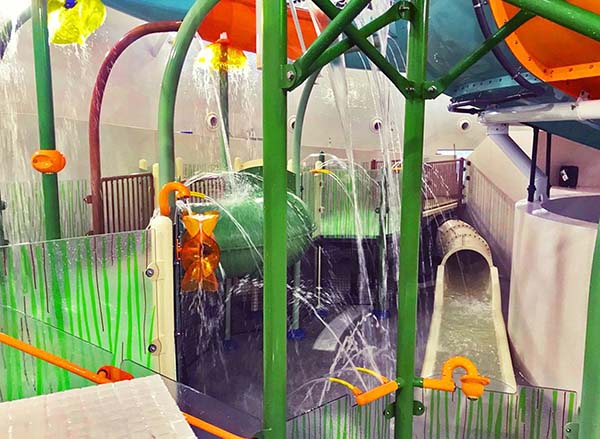 Vortex were awarded for their work on The Wave Coventry in the UK. In addition to Vortex, which supplied products for the lazy river and toddler splash zone, partners receiving the award also included The City Council of Coventry and FaulknerBrowns Architects, Neuman Aqua Ltd., Polin Waterparks, and Water Technology, Inc.

Since 1992, the WWA Leading Edge Award recognises creativity in the development of new themes, facilities, programs, services or operational concepts in the water attractions industry, and also recognises suppliers who have developed new concepts, products or services to the benefit of park members, their customers and the industry.

WWA’s Board of Directors selected Vortex as part of a group that worked on The Wave Coventry, an indoor waterpark that will open 21st October. Owned by the City Council of Coventry, UK, The Wave Coventry consists of three floors filled with exciting state-of-the-art attractions including slides, a wave pool, lazy river and toddler splash zone as well as health and fitness centre and a spa.

Vortex’s mandate was to design an inclusive family waterpark attraction that would be accessible to all ages and abilities, and in particular those with physical challenges. It created a wheelchair accessible Elevations™ system and Splashpad® that were uniquely configured to the waterpark space, which was already under construction when the project called for additional functionality. Ustigate Waterplay, Vortex’s channel partner in the UK, was instrumental in the successful management and installation of the water attractions. 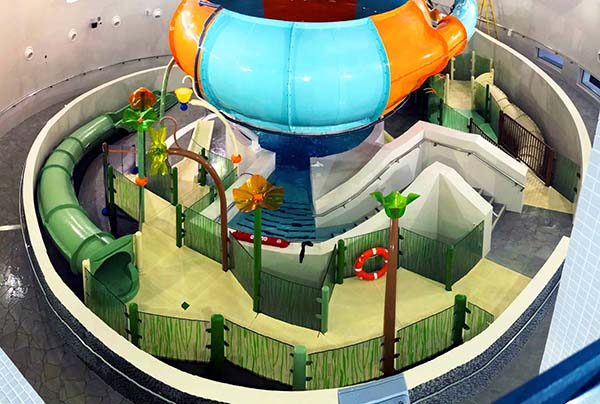 Virginie Guilbeault, Executive Vice President of Vortex Aquatic Structures International advises "the Wave Coventry is an unbelievable aquatic facility. The architects had a bold, unique vision, which provided numerous design opportunities that Vortex was excited to undertake. The flexibility of our Elevations™ system allowed our team of creative designers to work with Neuman Aqua Ltd. and Water Technology, Inc. to create an interactive play experience that looks as though it grew out of the building structure itself. It’s truly a one-of-a-kind facility.

“Winning industry awards is gratifying because it validates our approach to design and recognises our water attractions as those that delight children and their families.”

This is Vortex’s second WWA Leading Edge Award, having previously won for its work with Camelback Lodge & Aquatopia Indoor Waterpark in 2015. The company has received numerous other awards including multiple International Design Awards (IDA) for its Water Journey™ and Explora collections, Most Valuable Product awards for PrecisionRide™ and Water Journey by Aquatics International’s readers, and a Best of Aquatics Supplier award.

Vortex Aquatic Structures International, headquartered in Montreal, Canada, was founded in 1995 with the introduction of the first Splashpad®. Vortex's use of the highest quality materials coupled with unique, inspiring design and state-of-the-art engineering, positioned the company as the world leader in water attractions.

In addition to its operations in Montreal, Vortex has regional sales and technical support offices in United States, Europe and China. The company has a global marketing and distribution network supporting Europe, Asia, the Middle East, Australia, and Latin America.

With over 7,600 installations in 50 countries, Vortex's mission is to lead the water attractions industry by continuing to develop the most fun, innovative and safe products for families and children of all ages and abilities.

Vortex products are distributed by PlayRope in Australia and New Zealand.