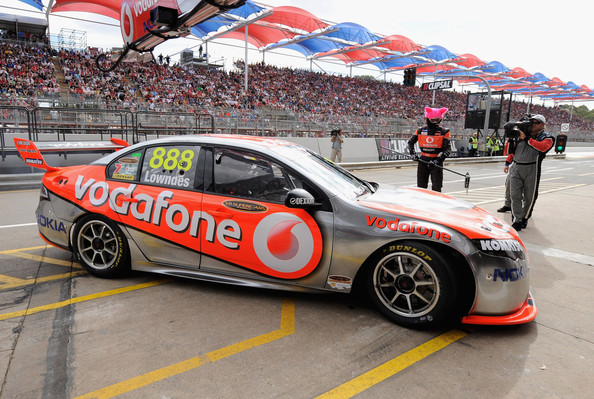 Vodafone is to end its sponsorship of cricket and V8 Supercars in a decision representing a significant financial blow to both sports.

The telecommunications company has been the sponsor of the Australia Test team for 11 years - a partnership that will end after the home Test series against South Africa this summer.

The brand has also had an involvement in V8 Supercars through its Team Vodafone over the past six years. This will now finish at the end of this year.

Vodafone Hutchison Australia emerged from a 2009 merger between the Australian subsidiary of the UK-based Vodafone and Hutchison Whampoa's '3' brand. In ending its sports sponsorship activities, it intendes to invest the savings into its mobile phone network and improving customer service.

In a statement on Thursday afternoon, Cricket Australia thanked Vodafone for their support.

Cricket Australia (CA) Executive General Manager (commercial) Mike McKenna stated "like all sports' sponsorships, there comes a time when the sponsor achieves its partnership objectives and moves on with new strategic priorities."

McKenna added that said Cricket Australia was now looking for a new sponsor for the Test team and 2013/14 summer of cricket.

Image: Vodafone has been a major backer of Australia's V8 Supercars.