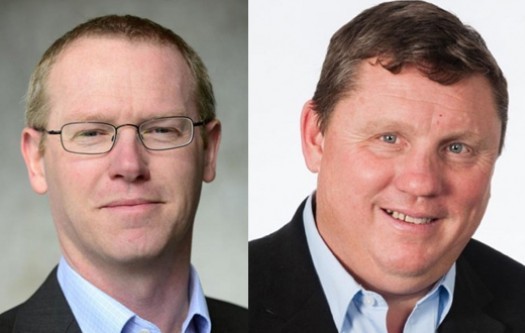 Respected venue industry professionals Darren Burden and Jim Fidler have been recognised for their industry contributions over the past year by the Venue Management Association (Asia and Pacific) [VMA] at its 2018 member awards.

Darren Burden is the Chief Executive of Vbase, manager of Christchurch’s leading venues including Horncastle Arena, AMI Stadium, Hagley Oval, Air Force Museum Wigram and the Christchurch Town hall which is currently undergoing $140 million redevelopment.  With such a diversity of venues the company delivers over 700 events annually.

In addition to his role at Vbase, in 2017 Burden was engaged by Venues New South Wales to provide consulting services on the development of the new Western Sydney Stadium.

Welcoming his Award, Burden stated “I am extremely honoured to be recognised by industry colleagues from across the Asia Pacific region with this award.

“This award is not just about me. It speaks volumes about the fantastic team at Vbase and I think it’s wonderful for us to get recognition at an international level.”

He is a Director of the businesses Secure Events and Assets as well as Crowd Manager.

The VMA has announced that the 2019 Asia Pacific Venue Industry Congress will be held in Melbounre in May next year.