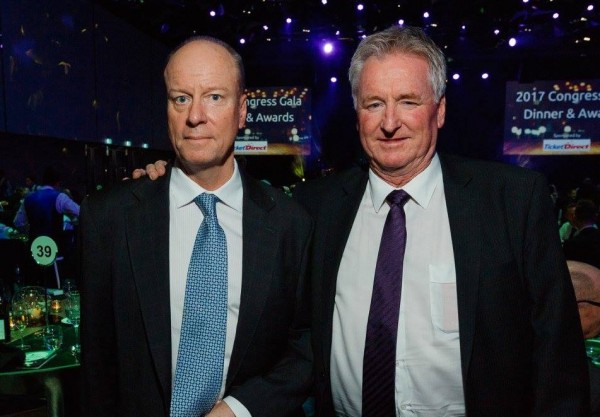 Respected venue industry professionals Jamie Hurst and Greg Pullen have been recognised for their longstanding industry contributions by the Venue Management Association (Asia and Pacific) [VMA] at its 2017 member awards.

In a 30 year industry career, Greg Pullen was Client Services Manager at the Sydney Entertainment Centre for 12 years until 1999, and, since then, has been Business Development Manager at Playbill Venues, the operator of Sydney’s Hordern Pavilion.

During his many years with SICO time, Hurst outfitted most of Australia and New Zealand’s major entertainment and sporting venues, as well as multiple hotels.

The 2018 Asia Pacific Venue Industry Congress will be held in Auckland from 20th to 23rd May next year.