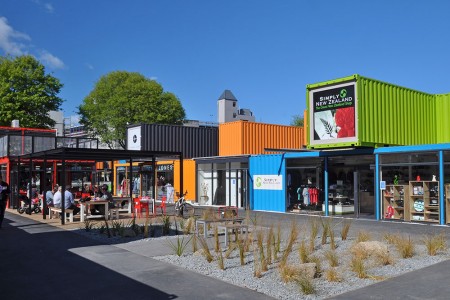 A vibrant tourism industry is vital to rebuilding Christchurch's economy, according to the Tourism Industry Association New Zealand (TIANZ).

Newly appointed TIANZ Chief Executive Martin Snedden says before the earthquakes, tourism contributed $2.3 billion a year to Canterbury's economy, but the city has lost over one million guest nights since the February 2011 earthquake. The impacts are also being felt across the South Island, with international guest nights dropping by close to a million in 2011.

Snedden explains "the industry is keen to encourage visitors back to Christchurch and we're looking forward to the release of the Christchurch Central Development Unit's (CCDU) Blueprint for the city's rebuild."

The tourism industry has identified some key projects that will boost the industry's recovery as quickly as possible.

Lack of accommodation, particularly in the hotel and backpacker sectors, is also impeding the industry's recovery. It's vital that rebuilding of central city accommodation takes place as quickly as possible and with a minimum of red tape, he says.

The announcement this week that Magic Bus is reintroducing Christchurch to its itineraries is a great start but improving the city's entertainment and accommodation options will encourage more group tours to return.

Snedden believes that certainty on the location and timeline for rebuilding the Christchurch Convention Centre will be an essential part of the Blueprint. This will give both accommodation providers and conference planners confidence in the future of the valuable conference and convention sector.

The role of sport, tourism and venues in the new Christchurch is a feature in the May/June 2012 issue of Australasian Leisure Management.