Visitors from traditional tourism markets head back to Australia 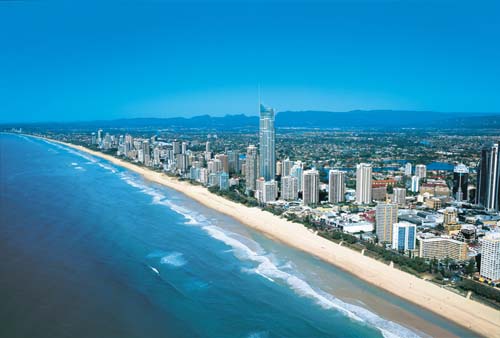 Visitors from Australia’s traditional tourism markets – United Kingdom, USA and Europe – are heading back to Australia in droves with international visitors spending now being worth almost $29 billion a year.

The latest statistics showed growth in visitation of 6% to reach 5.9 million.

Welcoming the confirmation that traditional markets have shown a healthy re-engagement with Australia over the past 12 months, ATEC Managing Director, Peter Shelley stated “China has been a strong focus of the industry for the past few years, but we are now seeing a return to good growth in markets including the UK – recording a 12% growth – and the USA with 9% growth.

“This is a reflection of a more favourable currency exchange, increased confidence in the strength of local economies post the GFC as well as a release of some pent up demand which has grown over this period.”

Shelley said the China market continued to grow strongly with visitor numbers up 14% and holding the number one spot for spending at $4.8 billion – up 16% over the 12 months on the back of a 14% growth in the number of visitor arrivals.

He added “changes made to tourism laws by the Chinese Government have put some downward pressure on the number of holiday visitors from this market – an impact that will have been felt across the globe.

“The positive effect of this new law is that it appears to have coincided with a growth in holiday visitor spending, up 13% during this period, which bears out in a higher yielding visitor – fewer visitors but spending more money.

“While Australia should be focused on growing visitation from China, we must continue to improving both the quality of the experience and the yield within the holiday segment of the market as well as ensuring we reduce any impediments to travel to Australia.

“Streamlining visa processing for the higher yielding independent visitors who engage more readily with local tourism businesses and have a greater propensity to travel outside of the capital cities is an important part of our potential success.”

The Survey also showed that visitor spending rose in 2013, with international visitors to Australia spending almost $29 billion each year.

Welcoming the results as demonstrating the value of the visitor economy and the need for ongoing investment, pro-development lobby group Tourism & Transport Forum (TTF).

“In addition, every dollar earned by tourism generates another 87 cents elsewhere in the Australian economy. The tourism industry has a very long value chain that benefits businesses and communities all over the country.

“Tourism contributes $42.3 billion in direct GDP each year. It also supports over 280,000 businesses and 543,700 direct jobs across the country.

“A strong visitor economy will create even more employment and investment opportunities in a number of sectors including accommodation, hospitality, retail and entertainment.

“With state and federal budgets to be handed down in the coming weeks, TTF is seeking an increased commitment from governments to support the visitor economy which performs so strongly for Australia.

“Tourism marketing and events authorities around Australia needs sufficient funding to continue its outstanding research and marketing programs that promote Australia to the world.

“To accompany this, TTF will be calling on the government to reform policy settings to cut the time, cost and complexity of visa applications, particularly for our Asian visitors who are among the biggest spenders.

“The strength of the visitor economy also depends on world-class product development, investment and innovation to help Australia stand out from the crowd.

“Increased investment and the right policy settings will help confirm the tourism industry as an economic development strategy for Australia.”