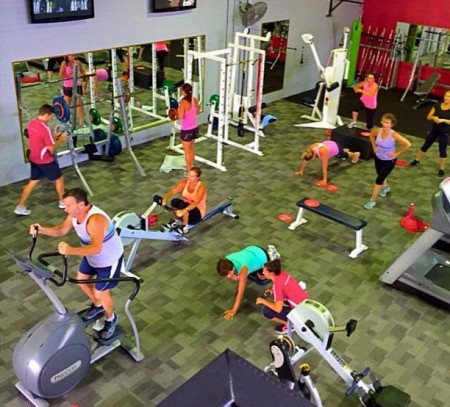 Takapuna based Vision Personal Training studio is starting 2016 in great shape having triumphed at the annual New Zealand Exercise Industry Awards late last year, taking out the coveted Supreme Exercise Facility of the Year Award, the first time a small operator has ever scooped the top honour.

In a reflection of the international trend where personal training studios are gaining popularity against traditional ‘big box’ gyms, Vision Personal Training Takapuna has proven the personal touch can not only drive results for members, but business excellence.

A panel of industry expert judges initially awarded the business Small Exercise Facility of the Year (under 500 members) based on flawless mystery shopper results as well as career pathway development for staff.

Up against finalists from some of New Zealand’s largest and most well known facilities, including Jetts and Auckland’s Northern Arena, in the Supreme category, an unprecedented 100% positive result on an independent Net Promoter Score sealed the victory.

Vision Personal Training Takapuna owner Ben Whittingham said the recognition came as the highest endorsement of a fitness business model that he belives is set to take off.

Whittingham explains “personal Training studios truly represent the evolution of fitness facilities and the uptake by Kiwis towards this new way of working out.

“We were absolutely thrilled to win such a prestigous award, especailly when the competition features major brands in this industry. The tide is truly turning in the industry and being at the forefront of that evolution is a real honour.” 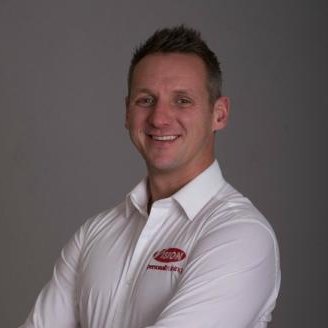 As Whittingham (pictured) explains “the trainers have to keep them on track because Vision is built on results.”

Whittingham moved to New Zealand from England in 2007 and contracted to Les Mills as a personal trainer for three years before moving to Whangarei and opening fitness company Activ8 with two business partners in 2010.

Activ8 started as boot camp training for about 12 customers and evolved into a personal training studio with about 200 clients.

Whittingham sold his share in the business and invested in Vision, bringing the first franchise to New Zealand.

Commenting on the win, Exercise Association of New Zealand Chief Executive Richard Beddie stated “this is the first time a small facility has won the supreme facility award and clearly shows ‘big isn’t always best’ and that small facilities that focus on looking after clients can, and do, thrive in the New Zealand exercise industry.

“In the last 24 months, there has been substantial growth of smaller facilities, those under 500 members/clients, who often focus on a more niche market, or deliver specific products or services.”

Vision Personal Training is an Australian brand which started in Sydney in 2001 and became a franchise in 2004. It now has more than 50 gyms locations including two in New Zealand - Takapuna, which opened in June 2014, and Ponsonby, which opened in October.

Whittingham now plans to expand the franchise throughout New Zealand.

The New Zealand exercise/fitness industry currently has around 600 exercise facilities and collectively over 450,000 members/clients, with an annual turnover of approximately $280 million.