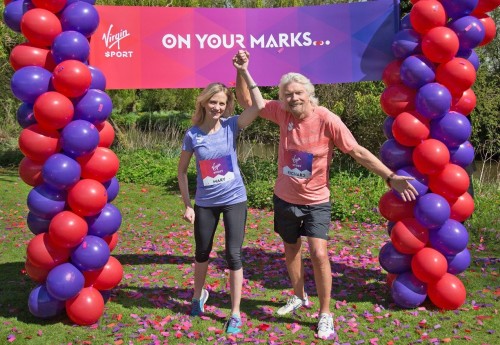 Virgin Sport, the new lifestyle and fitness company owned and run by Sir Richard Branson’s investment firm the Virgin Group, has unveiled its first series of mass-participation events, with four ‘festivals of sport’ to take place this year in locations across the UK and United States.

Founded in May 2015, the enterprise was given a mandate of establishing and staging mass-participation events in running, cycling and various other sports.

It was announced today (Tuesday 17th January) that the enterprise’s first event will be Virgin Sport Hackney taking place on 30th April in the London suburb of Hackney. The event will feature a half-marathon and a ‘Chase your Mate’ 5.5 kilometre event, as well as a free fitness and yoga bootcamp. Participants that register for tickets will also gain access to a ‘festival experience’ that will run alongside the sporting events.

Virgin Sport will stage a similar event in Westminster, also in London, on 9th July, before the series travels to the US city of San Francisco on 14th and 15th October. The fourth event will take place in Oxford, England, in October, with the precise date yet to be confirmed.

Wittenberg explained “we aim to enhance lives by making sport accessible, irresistible and connected to our host neighbourhoods.

“We hope you will join us for our first steps this year, and many more miles together in the coming years.”

Sir Richard  added “festivals of sport embody our work hard play hard lifestyle at Virgin, and I can't wait to line up with everyone in Hackney and San Francisco.”

In the coming months, Virgin Sport said it will expand to add new festivals of sport and active lifestyle products in cities and communities around the world.