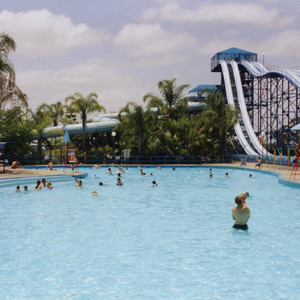 Village Roadshow has announced that it is to build and operate the Wet'n'Wild water theme park in Sydney.

The theme park operator will invest around $80 million into the project that is expected to be open in the summer of 2013/14.

Wet'n'Wild Sydney will be located at a site on Reservoir Road in the suburb of Prospect near the intersection of the M4 and M7 freeways. The site is close to the Eastern Creek Raceway and the former Wonderland Sydney theme park.

Part of the development cost includes $5.2 million to the surrounding road network by the NSW Roads and Traffic Authority so that improved traffic infrastructure can be completed before the park opens.

Village Roadshow says the new park will use state of the art water efficient design, filtration and recycling technology to maximise water re-use on site.

They plan to attract up to one million visitors to the waterpark per year.

The company plans to fund preliminary development through existing cash reserves and undrawn debt facilities and will seek new finance to fund the final construction cost.

Image: The former Beach waterpark at Wonderland Sydney, closed in 2004.