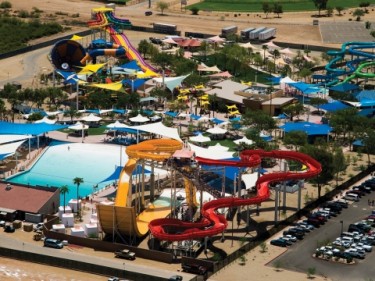 The Melbourne-based company is also to end its lease of the Wet'n'Wild Hawaii property from CNL.

Net cash proceeds from the sales, after repayment of debt, are expected to total around $27 million.

Upon completion of the transaction, which is set for the end of this month, CNL Lifestyle will also acquire the US rights to the Wet'n'Wild brand name.

Village Roadshow will continue to hold its approximately 51% interest in Wet'n'Wild Las Vegas, which opened in May 2013 and has had a successful first season of operation.

A statement from Village Roadshow (VRL) explained that the company considers it to be an "appropriate time" to divest its waterpark interests in the US, as it believes it would be "difficult to achieve a significant presence in this market."

The statement continued, "the competitive pressure to acquire properties has been increasing with the upturn in the US economy, and VRL believes that management time and capital can be better focused in countries where the market is not yet mature, and higher returns possible."

In Asia, Village Roadshow is examine opportunities for theme parks and waterparks and is currently developing a waterpark on Hainan Island, China, in conjunction with the marine theme park under construction by R&F Properties.

Commenting on this, the company's statement concluded "VRL is looking forward to the successful launch of one of the world's biggest and best water theme parks, with over 40 slides and attractions."