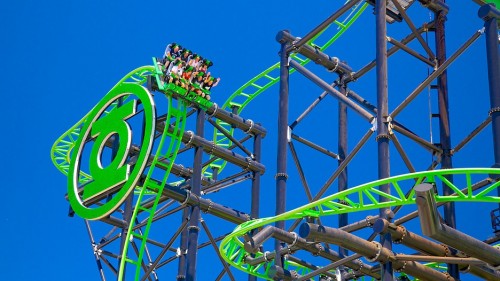 Village Roadshow is planning to expand its Warner Bros. Movie World attraction on the Gold Coast with plans for a new rollercoaster, a nine-storey hotel and a “new attraction and lakeside precinct”.

Kirby advised “we continue to invest in our theme parks, constantly refreshing our special events and attractions to ensure we maintain our premium position and give people a new reason to visit.

“In the coming months we will be announcing an exciting new attraction for the Gold Coast, which we expect will be one of the world’s best theme park drawcards.”

Now the applications for the hotel building, new attraction and lakeside precinct, as well as building approval for a rollercoaster, have been privately certified and lodged with the City Council

The Gold Coast Bulletin has reported that the hotel and will be built on what is now a carpark fronting Oxenford’s Entertainment Rd.

The planned lakeside precinct is believed to include a mixture of campsites and cabins and units located around the Paradise Country attraction that sits between Movie World and Wet’n’Wild Gold Coast.

The last all new rollercoaster to open at Movie World was the Green Lantern Coaster (pictured) in late 2011.