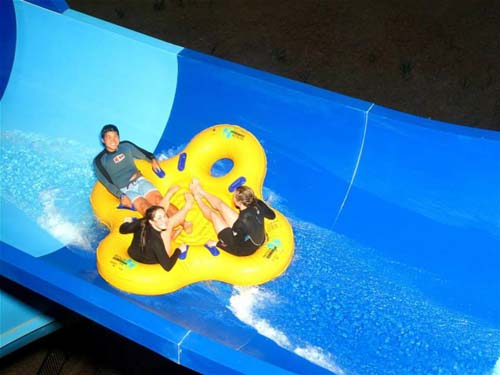 In a press release, VRL stated "after extensive research, review and planning, VRL considers that when compared with other opportunities available, the potential returns do not justify the level of investment for the world-class water park which would be required to deliver a significant destination site."

With the conditional agreement signed last year, VRL had the option to purchase the land and business from Aussie World.

This is the second time a theme park project has been axed by the company in the last 18 months, following VRL's decision in the middle of 2008 to not proceed with plans to turn Melbourne's Werribee Open Range Zoo into a major theme park.

Aussie World General Manager David Thompson told Australasian Leisure Management that the decision was a shock but it won't have a negative impact on the fun park where it is "business as usual".

Thompson explained "we're right in the middle of the September school holiday period and are having exceptional numbers through the gate.

"Naturally we're disappointed with this decision as the Sunshine Coast would have benefitted enormously, however, we have an incredible and valuable resource here at Aussie World and we will continue to provide cost affordable family fun for locals and tourists."

Incumbent Aussie World owner John Paini added "Aussie World and the Ettamogah Pub is a brilliant place with enthusiastic staff providing solid results and this decision won't deter us from continuing to provide a world class tourist attraction on the Sunshine Coast."

Village Roadshow's plans are believed to have been affected by the high cost of road improvements that the Queensland Government required them to implement on the Pacific Motorway.