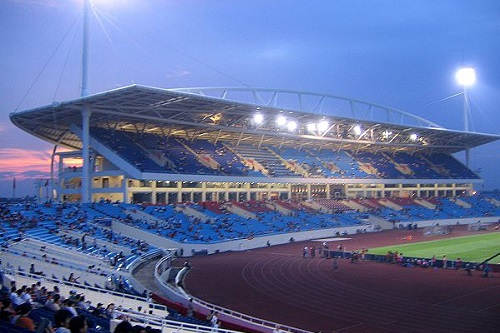 The Olympic Council of Asia (OCA) has selected Hanoi as the host city of the 2019 Asian Games.

The Vietnamese capital, emerged triumphant at the OCA's general assembly in Macau this week amid confusion over a bid from Dubai that was reportedly withdrawn shortly before the election. This left Hanoi to compete with the Indonesian city of Surabaya for the 2019 Games and while OCA President

Sheikh Ahmad al-Fahad al-Sabah stated that both cities could have hosted the event, it was Hanoi that was selected.

Sheikh Ahmad explained "everyone remembers the Asian Indoor Games in Hanoi in 2009 and all the participants were very satisfied and wanted to go back to Vietnam.

"Vietnam will also host the 5th Asian Beach Games at Nha Trang in 2016, and through this experience I am confident they will organise a very successful Asian Games in 2019. "Through my experience in sport and also in finance and the economy, Vietnam is always committed and delivers on its promises. Vietnam has all the tools a country with big potential and a booming economy."

Surabaya was left with some compensation for missing out on the 2019 Games by being appointed as host of the Asian Youth Games in 2021, with the Sri Lankan city of Hambantota landing the 2017 event.

Hosting the Asian Games will be a first for Vietnam with Hoang Tuan Anh, President of the National Olympic Committee and Minister of Sport and Culture, stating "this is great for Vietnam and I am very happy. We have successfully organised the South East Asian Games and the Asian Indoor Games in 2009, and based on this experience we know we have much to do to build a successful Asian Games in 2019. Any difficulties from the past we will use for the future work."

Meanwhile, Samsung has continued its long-time backing of the Asian Games by agreeing to sponsor the 2014 edition of the event in its home country of South Korea.

Samsung Electronics is the longest-serving prestige partner, having signed five consecutive partnerships for the Asian Games since the 1998 Games in Bangkok 1998.

The sponsorship will see Samsung provide multi-category support to Incheon's 2014 Games, covering mobile, audiovisual products and home appliances. In addition, it will supply personal computers, expanding the coverage of its sponsorship.

Sheikh Ahmad added "we are delighted that Samsung has once again come on board to sponsor the Asian Games, as a long-time sponsor. The OCA is extremely proud of its association with Samsung and was confident that Samsung's commitment will play an integral part in the success of the 2014 Asian Games."

Samsung Electronics Vice-President and Head of Global Sports Marketing Sunny Hwang concluded "Samsung is excited that this sponsorship provides us with the opportunity to inspire our consumers in Asian market. We hope that people are able to experience new discoveries and possibilities in 17th Asian Games Incheon 2014 through our smart products and technology."