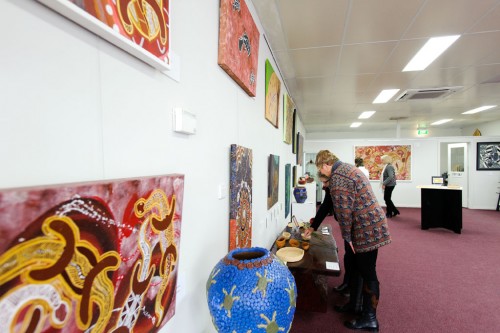 An early example of how Victoria’s first creative industries strategy will boost the State’s creative and cultural economy has seen Shepparton’s Gallery Kaiela announced as a recipient of a $20,000 Marketing Innovation grant.

The Marketing Innovation Fund, a program to help small creative organisations grow their audiences or markets in new ways, has been expanded as part of Victoria’s Creative State strategy.

Gallery Kaiela will use its grant to take an unusual approach to attracting more visitors and business to the gallery and to further to promote the work of Aboriginal artists in the region.

Its innovative project Kaiela Dungula Woka Bro will employ two Aboriginal comedians to work with the Gallery Kaiela community to develop comedy performances to promote the gallery to a wider audience.

The project was selected by an expert panel in a highly competitive funding round that included proposals from across different creative sectors, including film, performing and visual arts, festivals and fashion.

The strategy includes a $152 million funding package to be included in the 2016/17 Victorian Budget next week. 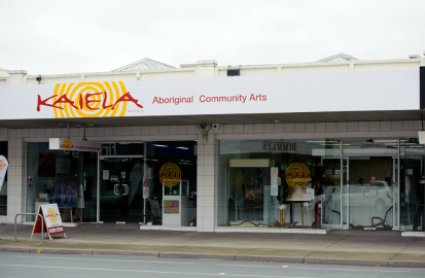 Commenting on the initiative, Victoria’s Minister for Creative Industries, Martin Foley explained “Creative State is an unprecedented investment that will deliver economic, social and cultural dividends to this state, and will benefit all Victorians.

“This Marketing Innovation grant to Gallery Kaiela is an example of the government’s support for creative talent, ideas and business, and how we are helping them to thrive.”

In addition, the Regional Jobs and Infrastructure Fund will provide $20 million to support a creative hub in the Latrobe Valley while already having announced a $10 million contribution to a new Art Museum for Shepparton.

Key initiatives will be overseen by a Creative State Advisory Board, chaired by Minister Foley, that will bring together expertise from across Victoria’s creative sectors.

The Board members have been named as:

Images show the interior and the exterior of Shepparton’s Gallery Kaiela.