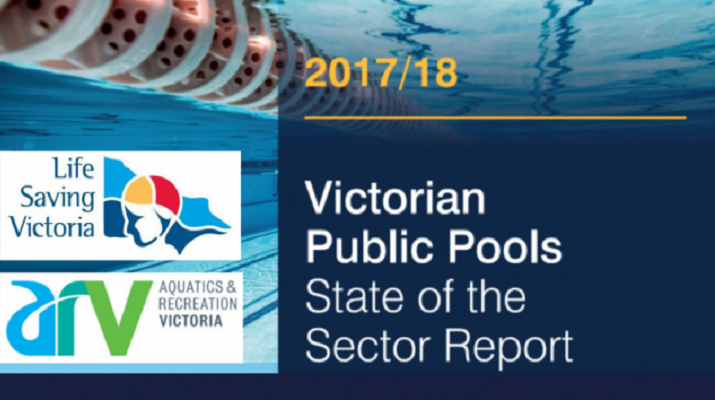 Building on the legacy of previous independent state of industry reports the newly released Victorian Public Pools State of the Sector Report aims to provide a 'snapshot' of the public pool industry for facility owners, facility operators, aquatic industry agencies and government departments.

Information within the Report advised of 566 public access swimming pools in Victoria (of which 300 are owned by local government) which attracted 70 million visits in 2017/18 and employed 40,000 staff.

In terms of finance it advises of public pools being part of a sport and recreation sector delivering $8.5 billion in economic value to the Victoiran economy in 2017, and responsible for $933 million in infrastructure spend over a four-year peiod.

Insights in the report, provided by ActiveXchange advise that 74% of aquatic users live within a 10-minute drive from their facility and anticipate a 16% rise in demand for pools for the period 2021 to 2033.

Further analysis of the 20 drowning deaths in public swimming pools over a 20-year period in Victoria revealed that the majority (75%, 15) occurred at council-owned pools, while the other 25% (five) occurred at non-council owned pools ("typically privately-owned health and fitness centres or hotels/resorts").

The Report also summarised major projects including the Safer Public Pools - Code of Practice, the Victorian Government's expanded contribution to the cost of swimming lessons and a range of other guidelines.

Planned as an annual publication, the Victorian Public Pools State of the Sector Report is intended to provide a broad snapshot of the industry, enabling better tracking and comparison of key metrics such as industry size, breath and social/economic value.