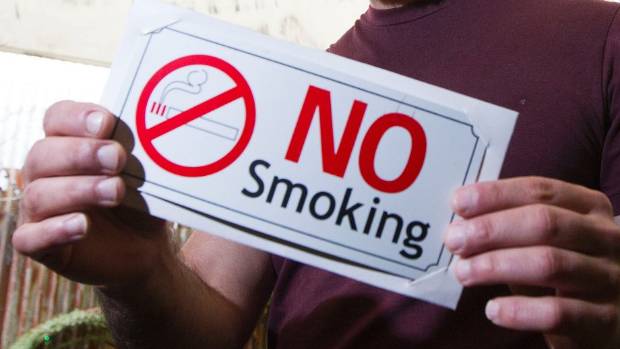 Victorian Health Minister David Davis said he hoped to bring the laws before Parliament later this year after consulting local councils and sporting groups, stating "this is a further, sensible step in a long line of tobacco initiatives," and adding "these measures are targeted to protect families and protect children."

Minister Davis said the laws would be enforced by local governments and people breaching them could face fines of $140.

The planned law follows the Victorian Government announcing a ban on smoking between the flags or within 50 metres of them on patrolled beaches last November.

Minister Davis added that further announcements on smoking control measures would follow but would not commit to a state-wide ban on smoking in outdoor dining areas.

Health groups have long called for such a ban, which is in place or in train in every other Australian state and territory.

Meanwhile, people who light up in Perth city's outdoor malls will now face fines, after Perth City Council voted to ban smoking in pedestrian areas, the first in Western Australia to do so.

The Council voted unanimously to ban smoking in the Hay Street and Murray Street malls and in Forrest Place after its Works, Urban and Development committee approved the change to local law earlier this month.

The tough new rules were established by the NSW Government in August last year for introduction in January 2013, with a further strengthening of the law planned for 2015 when outdoor areas where food is consumed will also become off limits.

The law bans smoking at playgrounds within 10 metres of play equipment and within four metres of public buildings with fines of $550 applying fine dished out to smokers who refuse to comply.

For more information go to www.tobaccoinaustralia.org.au/chapter-15-smokefree-environment/15-7-legislation