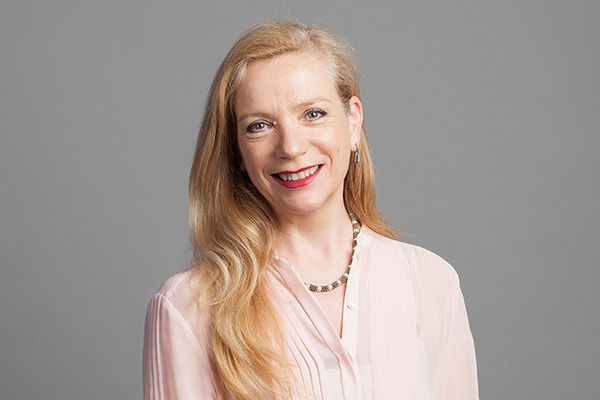 Victorian Opera has appointed Elizabeth Hill-Cooper as its new Chief Executive following a comprehensive national and international search which attracted stellar candidates from Australia and overseas.

Announcing the appointment, Victorian Opera Chair, Genevieve Overell stated "we are delighted to announce the appointment of Elizabeth to the role of CEO.

“We received applications from, and interviewed, many impressive candidates which is great testament to the increasing profile of Victorian Opera as a Major Performing Arts company. That people of such calibre were keen to move here from interstate and overseas is proof of the vibrancy of the Victorian arts community and the esteem in which the company is held”.

Hill-Cooper joined Victorian Opera as Artistic Administrator in 2012 and was subsequently promoted to Executive Producer and then appointed Artistic Associate to Artistic Director Richard Mills in 2016. Her role as Executive Producer involved extensive budgetary oversight, the financial control of production expenditure, the contracting of creatives and singers, oversight of costume and set manufacture, as well as developing and maintaining relationships with venues.

Hill-Cooper has been active as a director of mainstage work (Debussy’s Pelleas and Melisande, 2018), spearheaded the company’s educational Livestream Program and community offerings for the last few years, as well as being active as both an assistant director and choreographer on various productions.

As a former dancer at WA Ballet, Ballet Mistress at The Australian Ballet and Company Manager at Opera Australia, Hill-Cooper brings a wealth of performing arts knowledge to her new role at Victorian Opera.

Artistic Director Richard Mills explained “Elizabeth is an extremely experienced arts producer and manager. She has a profound understanding of art and artists, the unique character of the company, the needs of its audiences and its responsibilities to the communities of Melbourne and Victoria.

“To have a CEO who understands the creativity, flexibility and financial sustainability required in arts organisations like ours is a blessing”.

Hill-Cooper has been acting Chief Executive at the Victorian Opera for the past six months. During this time, she has demonstrated a capacity for genuine leadership and the ability to work productively with the Artistic Director, all company staff, and major stakeholders such as Creative Victoria and the Australia Council.

Overell added "being able to appoint an internal candidate after a rigorous executive search process is extremely satisfying.

“Developing new work, artists and administrators and managers is a core part of our vision”.

Welcoming her appointment, Hill-Cooper stated "after several years as Victorian Opera’s Executive Producer and Artistic Associate, I am incredibly proud to become the company’s CEO. I am constantly inspired by Victorian Opera’s board and staff, and the high standard of the company’s richly diverse artistic output. It is with great enthusiasm that I lead Victorian Opera alongside Artistic Director Richard Mills into its next chapter as a Major Performing Arts company”.