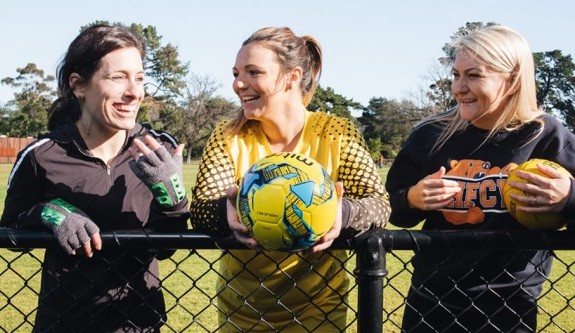 VicHealth has advised that its This Girl Can - Victoria campaign has been a remarkable success in its first year, encouraging more than 285,000 Victorian women to get active.

The campaign, which features ‘real’ Australian women instead of professional athletes or toned Instagram models, has, according to VicHealth, inspired one in seven Victorian women aged between 18 and 65 years to participate in some form of physical activity.

Based on Sport England’s viral hit This Girl Can, the campaign is underpinned by a philosophy of listening to women about the barriers that hold them back from sport and exercise, with the research that drove the Victorian campaign showing that over half of women worry about being judged while exercising, to the extent that 41% are too embarrassed or intimidated to start.

Those numbers provided critical insight into why a startling three in five Australian women are insufficiently active - participating in less than 30 minutes of physical activity on four or more days a week - while one in five undertake no physical activity at all.

After watching This Girl Can - Victoria, many women were inspired to start a sport or physical activity for the very first time. Others were motivated to get back into exercise after taking a break.

Commenting on the results, Victorian Minister for Health Jill Hennessy stated “this Girl Can - Victoria is about women smashing outdated stereotypes. More women are turning to sport, and that means a healthier and happier Victoria.

“It’s fantastic to see that Victorian women have embraced this wholeheartedly, and discovered new hobbies or talents that will stay with them for life.

“We hope this campaign continues to inspire as many women as possible to get active and prove that in Victoria, there are no barriers for women and girls to play the games or do the exercise they love.” 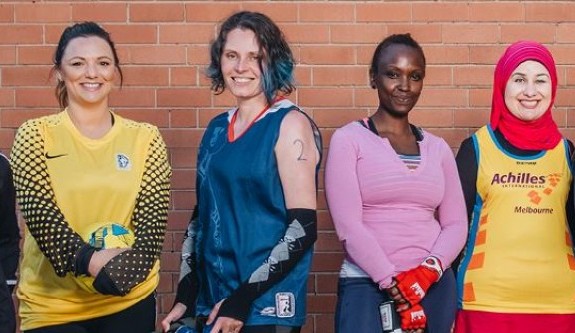 VicHealth Chief Executive Jerril Rechter said the campaign is achieving its goal of empowering women to smash their fears of judgement and intimidation holding them back from being active.

Rechter explained “before the campaign, our research showed more than half of Victorian women were worried about being judged while exercising - for 41% this fear of embarrassment was so bad it stopped them from getting out and active.

“Now over three quarters of women who’ve seen the campaign feel it’s helped women increase their confidence and overcome their fear of being judged when being active.

“We’ve heard incredible stories from women who would only exercise at night because they felt too embarrassed to go out during the day; women who’ve been heckled while on their bikes or at the gym, who now stare down their inner and actual critics and get active anyway.

“This is just the beginning of a long-term journey. These are fantastic results for year one of the campaign, but we know there’s still work to be done. Three in five Australian women are not sufficiently active and one in five don’t do any physical activity in a week.

“We want all women - no matter how sweaty they get, how red their face is or how good they are - to feel comfortable about getting out there and giving physical activity a go. That’s what This Girl Can - Victoria is all about.”

Following revelations in July that Federal Department of Health paid more than $600,000 in taxpayer funds to instagram models and social media influencers  to promote its Girls Make Your Move campaign, Rechter emphasised that one of the keys to the campaign’s success was that it featured “everyday women” rather than “paid Instagram models or influencers”.

She added “these are authentic stories of real women, who have shared that fear of judgement and how it holds them back.

“Women are smart and savvy enough to know when they’re being sold something, and this campaign isn’t selling them anything.”

Rechter said it was also critical that those who encountered the This Girl Can ad were then able to access a community of other women who felt similarly - and who they could in turn lean on for support.

She stated “for so many women that fear [of judgement] is an inner narrative that probably hasn’t even been expressed to themselves. To hear that that [fear] applies to all of these other women too, that can foster a sense of connection, and community is critical.”

One of the most promising aspects of the campaign, said Rechter, was its capacity to reach women who are too often left behind by mainstream health initiatives. Results showed that This Girl Can was just as effective for regional women as it was for those from metro locations, while it also inspired 26% of women with disabilities to become more active after seeing the campaign. 37% of culturally diverse women, moreover, said they were more likely to get active as a result of the campaign, compared with 28% of the broader community.

The next phase of This Girl Can - Victoria will launch early next year with the aim of inspiring more women to join the movement.

Images of the This Girl Can - Victoria courtesy of VicHealth.