Victorian Minister for Sport and Recreation Damian Drum has warned that authorities will come down hard on would-be AFL Grand Final ticket scalpers, with offenders set to face penalties including fines of up to $442,830.

Minister Drum stated "we have one message to ticket scalpers - you will get caught.

"Scalping AFL Grand Final tickets is illegal, pure and simple. That's why we make no apologies for our determination to stamp out this scourge that prices the ordinary spectator out of the market.

"It's all about ensuring everyone gets a fair chance to see one of the biggest events on our nation's sporting calendar." 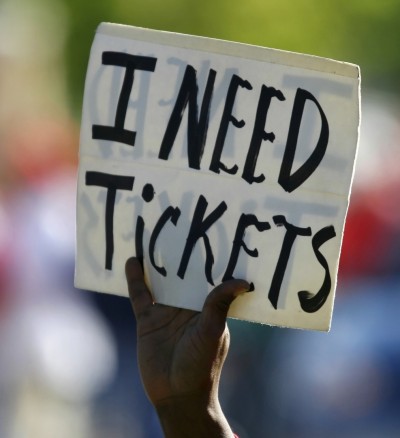 Minister Drum added “Police will be in place around the MCG to issue on-the-spot fines of $738 for unauthorised on-selling or the advertising for resale of up to five tickets to protected events at a price above face value.

"Also, anyone thinking of advertising tickets online at a price above face value can think again – websites such as eBay and Gumtree will be monitored for ticket scalping activity in the lead up to the Grand Final and offenders will get caught."

Minister Drum also warned patrons looking to purchase tickets from scalpers of the risks, concluding "tickets can be cancelled by the AFL, and money will not be refunded.”