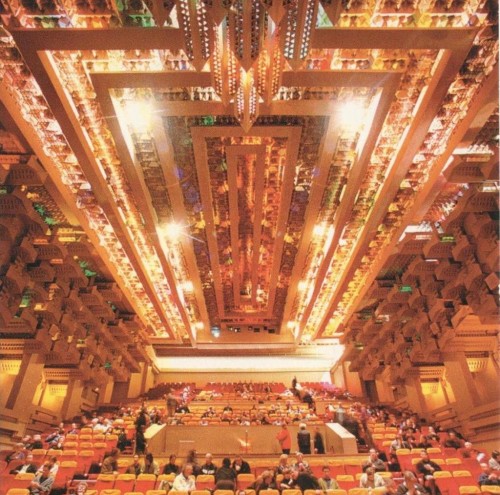 The Victorian Government has announced that it is to back RMIT University’s plans to restore and reopen Melbourne’s Capitol Theatre.

Closed since 2014, the University has appointed Six Degrees Architects to lead the project, which will see the dormant cinema restored and reopened as a public space for festivals, film screenings, concerts and conferences, as well as learning spaces for the university’s film and digital media students and industry collaborations in digital media, film, animation, virtual reality and augmented reality.

The project will comprise a refurbishment of the foyers, upgrades to cinema projection, lighting and sound systems, construction of new offices, and replacement of seating and carpets.

The Victorian Government is to contribute $2.5 million from the TAFE Rescue Fund towards the project with RMIT University seeking $2 million from a public appeal. In all, the University aims to raise $18.5 million, which it will match dollar for dollar, to fund the significant transformation.

The Capitol House, which contains the Capitol Theatre, was designed by Walter Burley Griffin and Marion Mahoney Griffin in association with Peck and Kempter and completed in 1924. According to the Australian Institute of Architects register of Nationally Significant 20th Century Architecture, it was “the largest civic work executed by Walter Burley Griffin in association with his wife Marion Mahoney Griffin.”

The theatre’s ornate ceiling made of modelled plasterwork that conceals lights which shift in colour systematically, makes it a significant heritage structure. 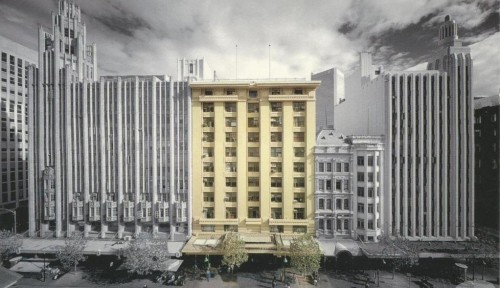 Used as a theatre then cinema, proposals for the demolition of the theatre in the 1960s sparked one of Melbourne’s first conservation campaigns, which drew support from the National Trust, the Royal Victorian Institute of Architects and architect Robin Boyd, who described the building as “the best cinema that was ever built or is ever likely to be built” in The Australian on 24th December 1965.

The capacity of the theatre was reduced to 600 seats after a remodeling, but it was closed again in the early 1990s.

In 1998, Six Degrees Architects was asked by the City of Melbourne to undertake a study exploring the theatre’s possible future as a festival- and arts-based centre.

When RMIT University purchased the building in 1999, it retained Six Degrees Architects to upgrade the theatre, which was completed in the early 2000s.

Capitol House was added to the Victorian Heritage Register in 1989. Its statement of heritage significance notes that the building “is of architectural significance for its highly original combination of offices, shops and an entertainment venue in one building.

“Although not unique, it was an advanced concept at the time, developed on a major scale with the inclusion of a vast auditorium.”

Also significant are the building’s “foyers and auditorium interiors, which are extraordinary and were highly advanced in concept in the 1920s. The auditorium ceiling design, with its spectacular lighting effects, is of particular importance.”

Commenting on the project, Victorian Minister for Training and Skills Gayle Tierney stated “not only will the community benefit from this refurbishment, but RMIT students will also have access to high quality training in a unique environment – making sure they get the skills they need for the jobs they want.”

“So many Victorians have fond memories of the Capitol Theatre which is why it’s so important that we help look after this iconic Melbourne institution.”

Images: The Capitol Theatre's ornate ceiling (top) and the Capitol Building (below). Courtesy of RMIT University.