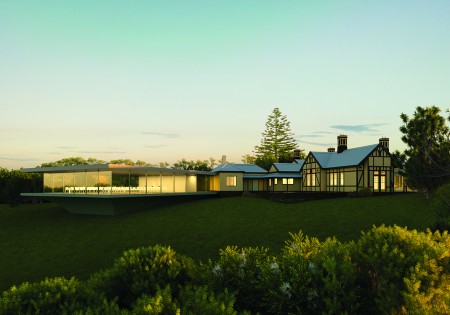 The Victorian Government has pushed ahead with its plans to open Victoria's national parks for private development, granting a 50-year lease to the Point Nepean Leisure Group to develop a hot springs resort in Point Nepean National Park.

Having first announced its plans to allow tourism developments in national parks over two years ago, the agreement was struck on the eve of the Victorian Government going into caretaker mode before the state election on 29th November.

The controversial plans for the hot springs resort in Point Nepean National Park, will see the Point Nepean Leisure Group invest $10 million in developing a 64-hectare site within the national park.

If geothermal drilling confirms that the site is suitable, the developer will then be able to build a restaurant, cafe, indoor thermal baths, a health retreat, fitness centre and accommodation.

Opponents of the plan say resorts have no place in national parks and have criticised the Victorian Government’s plans to open up to two thirds of Victoria’s national parks for development, with leases lasting up to 99 years, since they were first announced.

Point Nepean National Park sits at the tip of the Mornington Peninsula, about 90 kilometres from Melbourne. It includes a historic quarantine station and a memorial to former Prime Minister Harold Holt, who went missing while swimming in the area in 1967.

The Victorian Government has said that rent from the development, to begin in 2017, would be put back into preserving national parks.