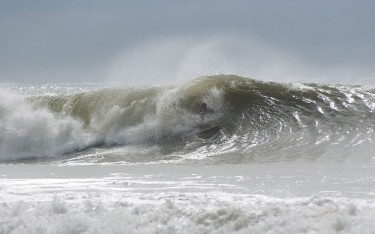 A higher number of drownings this summer has prompted Life Saving Victoria to warn beachgoers about dangerous surf conditions over the Australia Day long weekend.

Life Saving Victoria (LSV) said strong swells and variable winds were predicted across a number of coastal areas and extra care was needed.

Since December, 11 people have drowned in Victorian waters, five more than over the same time period last year.

Life Saving Victoria Lifesaving Operations Manager Greg Scott said he hoped to get through the weekend without further tragedy, stating "most of the rescues that our lifesavers do across the state are due to rip currents.

"The easiest way to avoid a rip current is to swim between the red and yellow flags.

"They're really deceptive and really difficult to see and with the large seas that are forecast across the long weekend the rip currents will be especially strong.

"People who are unfamiliar with the conditions need to seek out advice, read and consider safety signage and swim at patrolled locations."

6th March 2014 - QUESTIONS OVER EFFECTIVENESS OF WARNING SIGNS AT BEACHES