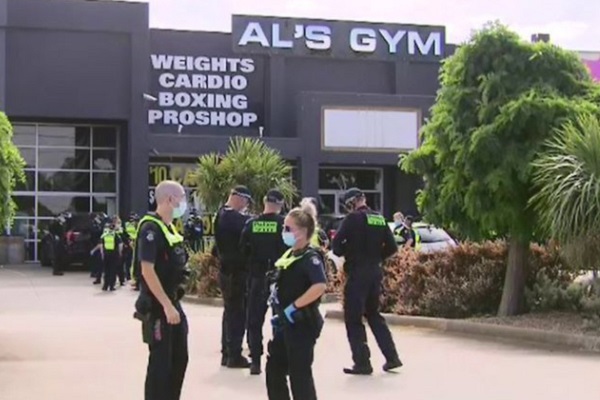 Victoria Police have this afternoon stormed a gym in Melbourne's north that was ignoring the state’s Coronavirus lockdown, arresting three men.

9News reported a large number of Police entering Al’s Gym in Campbellfield which was apparently operating against the Victorian Chief Health Officer's directives during lockdown.

In a statement, Victoria Police advised “as part of Operation Sentinel patrols, police attended a gym on Sydney Road this afternoon following reports the gym was in operation and in breach of the directions issued by the Chief Health Officer.

"Three men were arrested at the scene all of which will be issued penalty notices in relation to breaching CHO directions."

With Victoria have commend a five-day Stage 4 lockdown as of Saturday morning, the Police raid followed reports that the gym had continued to operate since the weekend.

Amid reports that more than 150 people came to exercise in the gym today prior to the Police intervention, with no masks being worn, Al Pope, part-owner of the gym told 9News “the Police came in numbers and closed us down and arrested my partner.

"We can't afford to close the gym so we've been trading as per normal during the lockdown. 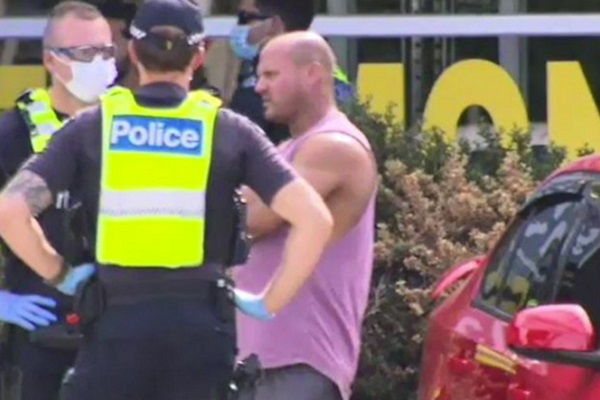 When raiding the gym, Police had to force exercisers out of the facility after they refused to leave.

Some of these members later told 9News said they would not pay any fines.

Pope also advised that he had been issued with a fine but that he had no intention of paying.

Businesses face fines of up to $10,000 under current lockdown rules.

Victorian Premier Daniel Andrews said that under the lockdown rules people would be forced to wear masks everywhere, both indoors and outdoors, except for in their homes.

Narre Warren church holds service despite lockdown
Victoria Police are also understood to be investigating a religious service that was held at the Christian Revival Church in Narre Warren in breach of the Stage 4 lockdown.

With the lockdown rules requiring religious ceremonies to broadcast the service online, around 50 people attended the 90-minute service.

Despite the threat of being fined, the Church’s Pastor Paul Furlong claimed he didn't have to answer to the rules because he was following the law of God.

Images: Victoria Police at Al’s Gym in Campbellfield (top) and Al Pope, part-owner of the gym, in discussions with the Police (below). Credit 9News.