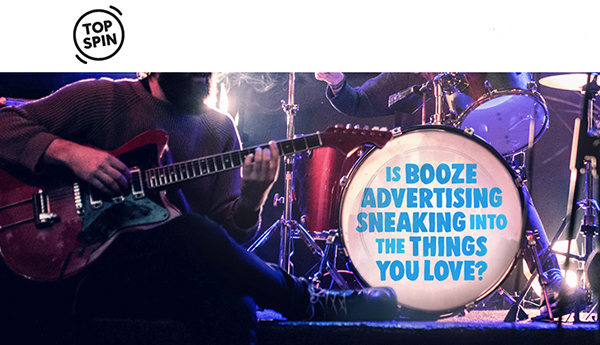 New research from health promotion foundation VicHealth has revealed the murky nature of alcohol promotion on social media, with a lack of disclosed sponsorship common among Australia’s top ‘influencers’.

The research looked into the top 70 Australian Instagram influencers and their alcohol-related content. It found almost three-quarters of influencers featured alcoholic drinks in their posts, yet only a quarter fully disclosed when they had been paid by alcohol brands.

The research also found the alcohol industry often partnered with non-alcohol brands like active wear and events such as festivals, allowing the industry to use influencers to promote their products without having to disclose their sponsorship.

Alcoholic products such as branded glasses of wine or bottles of champagne were often featured as props by influencers, further blurring the lines of what are considered sponsored posts.

With Instagram and its influencers particularly popular with young people, the findings show the alcohol industry is using social media as a key tool to promote their products as cool and glamourous to an impressionable audience.

In response VicHealth is launching Top Spin, a statewide competition encouraging young people to call out the sneaky tactics used by the alcohol industry to influence them to drink.
The competition which launched today, asks young people to look behind the glamour and the spin pushed by the industry and share their thoughts about being targeted by alcohol brands to spend big and drink bigger.

VicHealth Acting Chief Executive Dr Lyn Roberts said it was time to call last drinks on the industry’s underhanded use of social media.

“Our research shows the alcohol industry is employing tactics straight out of the playbook of Big Tobacco, using high profile influencers to make their products appear glamorous and sophisticated to young people,” Dr Roberts said.

“What’s most concerning is that influencers and brands can get away with not disclosing paid content, making it really hard for young people to discern when they’re being sold an ad.

“We also know that young people who like or follow alcohol brands on social media are twice as likely to drink at risky levels than those who don’t.

“Top Spin is about turning the tables and encouraging young people to question the spin peddled to them by the industry.”

Dr Roberts said while the alcohol industry wanted young people to think its products are glamourous and fun, it failed to take responsibility for the massive harm alcohol causes them.

“We know that 40% of Victorians aged 18-34 drink at risky levels at least monthly. That might boost alcohol industry profits, but it’s bad news for the rest of us.

“Concerningly, the number of young Victorians who end up in hospital due to alcohol has increased by nearly a quarter (24%) since 2009.

“We want to turn this around and empower young people to voice their concerns and spark a broader conversation about reducing alcohol product harm in our communities.”

Top Spin is a five-week statewide competition designed to provide a platform for young Victorians to call out tactics used by the alcohol industry to encourage them to buy their products. Each week there is $1000 in prizes for the most creative and thought-provoking entries.

• 73% of top influencers have featured alcoholic drinks in their Instagram accounts in the past 12 months. However, only 26% have featured a fully disclosed sponsored alcohol collaboration with a brand.
• Of the likely sponsored mentions (12%), 61% were disclosed and 39% were undisclosed, that is, they did not feature a hashtag such as #sponsored #ad or #collab nor used the ‘Paid partnership’ option for brands on Instagram.
• Influencer attendance at events sponsored by alcohol brands and posts containing branded glasses/cups further blur the lines of what is considered sponsored vs. non-sponsored.
• There is little consistency in the disclosure of paid collaborations. The ‘paid partnership’ Instagram feature was rarely used for alcohol collaborations. A number of different hashtags are used – e.g #collab, #ad, #spon, #partner, #sponsored.
• Some influencers don’t disclose a paid collaboration but use the official campaign hashtags, which denote a paid partnership. Some posts had hallmarks of a collaboration with no clear disclosure.
• Alcohol brands prefer to partner with mega (100,000+ followers) and macro (10,000-100,000 followers) influencers to deliver an average of three posts for a sponsored campaign, which are usually in the form of the influencer posed with a bottle of the alcohol in question.
• Cocktails, wine and champagne are by far the most popular types of alcohol featured.

For more information go to www.topspinvic.com.au