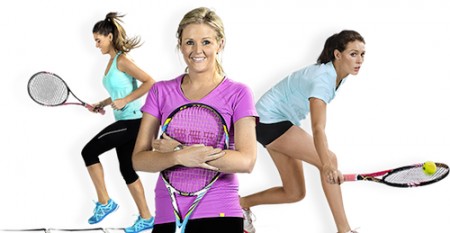 Some of Victoria’s top sportswomen gathered in Melbourne today (10th August) for the launch of a $1.8 million program aimed at increasing the number of women and girls in sport.

VicHealth’s Changing the Game: Increasing Female Participation in Sport program is designed to get 25,000 women and girls across Victoria physically active over the next two years.

The VicHealth initiative will fund the state organising bodies for AFL, tennis, netball, surfing, gymnastics and cycling to offer specially designed, modified versions of their sports.

The plan also aims to bring greater appreciation and recognition to Australia's best women athletes, with more than half of Victorians saying female sport did not get enough media coverage.

“VicHealth wants to change attitudes, change the conversation, and change the game. It’s time that women’s sport got the recognition it deserves." 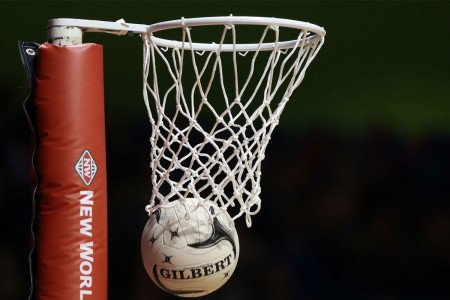 VicHealth says Australian women are less active than men, with 73% either leading sedentary lives or only doing a little exercise.

Rechter said the reasons for this trend were complex, suggesting that women often helped their families keep fit and put themselves second. As a result, they needed flexible options that could fit in with their other commitments.

Rechter stated "(many) women can't commit to training Tuesday, Thursday and playing on the weekend."

Research cited by VicHealth also found women were less motivated by performance goals – like getting stronger – than men, and placed a greater importance on the social interaction sport offered.

Other reasons women chose to get physically active included improving their health, losing weight and looking and feeling better.

Through its Changing the Game program, VicHealth is funding six sporting codes to work with women and girls who don’t normally participate in traditional sports programs that are provided through clubs and competitions.

The six organisations are: AFL Victoria (together with AFL), Cycling Victoria, Gymnastics Victoria, Netball Victoria, Surfing Victoria and Tennis Victoria in partnership with Tennis Australia – each of whom will be running activities which are specifically designed to be attractive to women (see below for details).*

Rechter continued “regular physical activity is one of the most important factors in promoting good health and mental wellbeing and preventing chronic disease.

"VicHealth’s Changing the Game program is about getting tens of thousands of Victorian women and girls who are inactive or who rarely exercise to get active more regularly through sport – whether it's through a sports club or in a more informal, social way.

“But Changing the Game goes beyond participation … it’s about raising the profile of women’s sport in the media, championing the important role women all over Victoria and Australia play in sport’s leadership and management, and giving them the recognition that they and women’s sport deserve.".

AFL Victoria (together with AFL)
‘AFL Active’ is a group fitness session to improve women’s health and wellbeing. It can be tailored to suit any fitness level and doesn't require any AFL specific skills. The program is designed to use activities that combine the unique AFL specific fitness components of endurance, speed, strength, agility and dynamic movement. It’s a constantly changing, total body workout based on AFL training techniques which can be delivered anywhere. It is the first product developed by the AFL to reduce key barriers of physical contact, organised sport structure and rigid time commitments and has been consciously developed for women.

Cycling Victoria
Cycling Victoria’s program will provide women-only pop-up spin style classes to prepare women for independent bike riding. Based on a fun and social experience, spin classes can be delivered at any community location such as halls or parks using participants’ own bikes or setting up ‘resistant’ indoor bicycles. Over time the aim of the program is to transition women into short supported rides. A user-pays model will be introduced to continue the program.

Gymnastics Victoria
Gymnastics Victoria’s entry level program will teach and engage women in simple, fundamental movement which establishes the strength, flexibility and mobility required to advance into other physical activity pursuits. The program allows women to choose how they learn the movement, either through following video instructions online in their own time, or by participating at a gymnastics club leading to further pathways to other providers such as a yoga studio or other sports programs. The development of an online and local community option will be encouraged to motivate women to participate.

Netball Victoria
'Rock Up Netball' is a new initiative being developed by Netball Victoria, which will offer flexible, participant-led and 'pay as you go' activities for women and girls over 15 who want to become more active. Designed to provide social, fun and unstructured opportunities for both beginners and those coming back to netball, accredited Rock Up Netball Venues will have skilled coordinators who understand varying fitness and skill levels and respond with a mix of skills, drills and game play - participants will make the rules!

Surfing Victoria
Surfing Victoria’s introductory program will deliver Stand Up Paddleboarding (SUP) to Victorian women at both Melbourne beach and inland locations and major regional locations. Participants to an initial session will be directed to Clubs, Learn to SUP Schools, Social Groups and Retailers to continue the sport under the supervised direction of the Surfing Victoria SUP Program.

Tennis Victoria in partnership with Tennis Australia
Tennis is creating an introductory program to its innovative Cardio Tennis program specifically for women wanting to get active and moving. ‘Get into Cardio Tennis’ will be low impact and easy to participate in, regardless of tennis ability. It will feature fun fitness activities using a racquet and a ball and can be delivered for large groups in non-traditional settings such as parks and the workplace.

Changing the Game is part of VicHealth’s long-term plan to get more Victorians living healthier and happier lives. Find out more at www.vichealth.vic.gov.au/changing-the-game