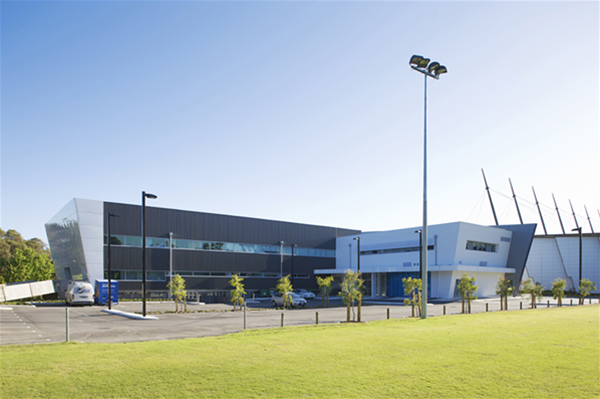 The new $17 million facility, which provides an administration centre for Rugby WA and the Western Force along with indoor training facilities, a gymnasium and change rooms, has been welcomed by Western Australian Premier Colin Barnett.

Premier Barnett recently stated "I am very excited about this (facility) and what it means for this State's rugby faithful.

"Along with $88 million in upgrades to nib Stadium, (this) could very well be a catalyst for our State becoming an even greater force in this growing sport."

Minister Waldron also back the development, adding "When combined with Challenge Stadium and the UWA Sports Park, this trio of facilities provide a world-class sporting precinct to support West Australians' participation and achievement in sport at all levels."

Venueswest Chairman Graham Partridge is delighted to have rugby join the VenuesWest family, telling Australasian Leisure Management "we are very pleased with being given such a beautifully designed addition to the sports precinct.

"This is a first class venue allowing excellent integration and interaction between the administration areas for staff and training and the conditioning facilities for players."

The venue has a many green credentials, one of the ESD Components includes a large PV Cell system constructed on the roof of the facility.

For more information go to www.venueswest.wa.gov.au