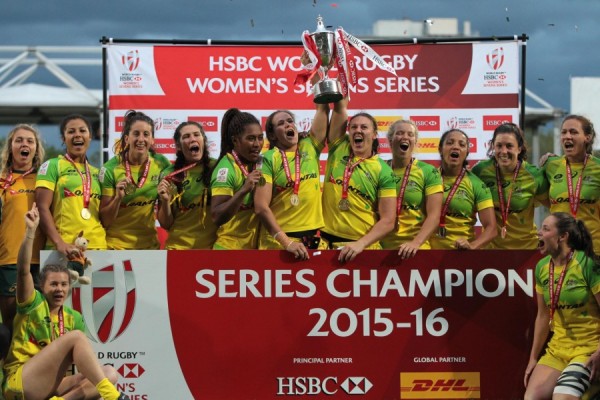 With the women’s game having inspired millions around the world during the Olympic Games in Rio, the six-leg series will kick off alongside the men’s equivalent in Dubai in early December, before joining the Sydney Sevens in February.

It then moves to a new location in Kitakyushu, Japan, in April, before heading to Victoria, Canada, in May, and then the series finale will take place in Clermont-Ferrand, France, at the end of June.

Announcing the program World Rugby Chairman, Bill Beaumont stated “the HSBC World Rugby Women’s Sevens Series has grown rapidly since its inaugural year in 2012/13 and we are already seeing the benefits from its inclusion in the Olympic Games as millions of sports fans around the world have engaged and remarked upon the outstanding sporting spectacle that is women’s sevens.

“Combining a women’s event with the men’s tournament in Sydney as well as new venue in Kitakyushu will add to already established tournaments like Dubai, Victoria and Clermont-Ferrand.

“I look forward to seeing more and more women and girls get involved in the game and enjoy these fantastic tournaments over the 2016/17 season.”

At the end yet another record-breaking season for the series, Australia’s women made history by becoming the first Australian team to be crowned series champions in Clermont-Ferrand in May, before beating New Zealand in the Olympic Games to win gold in Rio, igniting a new passion for the game and creating millions of new fans across the world.

The series itself saw record numbers of social media engagement with fans across the world while the action was broadcast across the globe.