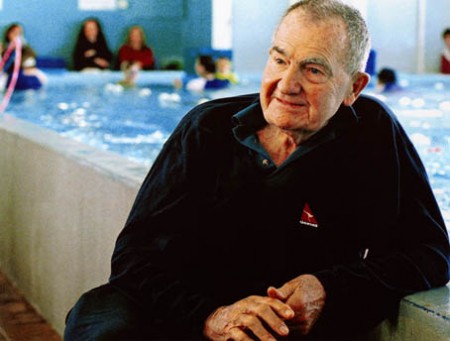 Describing Carlile as one of the “true legends of the sport”, the tribute continued:

“Australia’s oldest living Olympian, Carlile died after three weeks in hospital with wife and fellow Olympic coach Ursula by his side - the pair had been together through a lifetime in the sport  - dedicated to their passion - swimming lovers, joined at the hip.

“He has left an enormous legacy on Australian swimming and will be remembered by former and current swimmers and coaches from all around the world today and especially when the Olympic swimming competition starts in Rio on August 6.

“Forbes, together with Ursula, forged a swimming empire in Sydney. Respected by coaches young and old. Coaching some of the sports biggest names to Olympic glory. 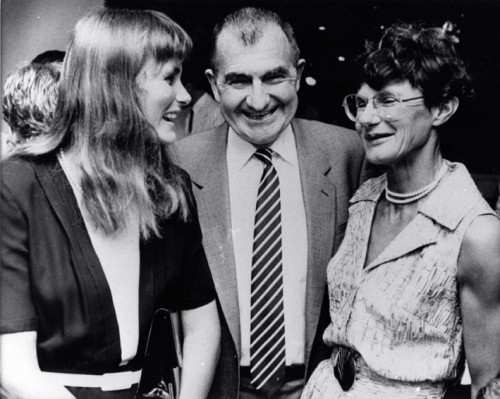 “Australia’s elite band of current Olympic Team coaches, led by Head Coach Jacco Verhaeren, have all paid tribute to Australia’s No 1 coach and will continue to remember him and his amazing feats in the countdown to the Games.

“‘He was a coach of the ages’, said Verhaeren, ‘who changed the way we swim, the way we train, the way we race, his legacy is amazing and I know all of the coaches on the team who knew him and respected him will all remember him as we prepare the team for the ultimate in sport – the Olympic Games - the pinnacle in swimming and something very close to Forbes’ heart.’

“Forbes and Ursula were the original power couple of Australian swimming - they transcended the sport from just swimming laps, pioneering the first scientific experimentation with Professor Frank Cotton - even hypnotism to Olympians like Gary Winram.

“The name Carlile will long live in the history of swimming throughout Australia and the world - the name of the club that originated in their backyard in Cross St. Ryde in 1961 expanding throughout the decades to Ryde Aquatic, Pymble, Baulkham Hills, Narrabeen, Lane Cove, Killarney Heights, Five Dock, Cherrybrook, Carlingford and Castle Cove.

“Schoolgirls Shane Gould and Gail Neall were the golden girls of the 1972 Munich Olympics – with Gould winning three gold, a silver a bronze and Neall one gold. 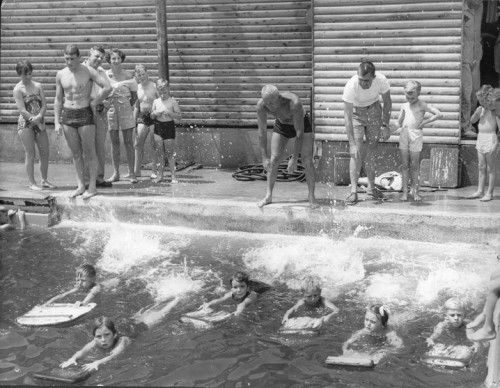 “In 1946, at the Palm Beach rock pool, the pair set up a scientific swimming group. It was here that Forbes was able to structure training and measure the performance of athletes year round. It was also at Palm Beach that Forbes first introduced the pace clock. This innovation has left the Carlile stamp on virtually every pool deck around the world.

“His book, Forbes Carlile on Swimming, was the first modern book on competitive swimming with its study of tapering and the historical development of the crawl. Other books by Carlile include A History of Crawl Stroke Techniques to the 1960s.

“While competitive swimming has been Forbes’ primary passion, he has been a pioneer in the development of learn-to-swim techniques, especially in the area of baby swimming.

“Today, Carlile Swimming teaches over 25,000 children to learn to swim each week across 9 swim schools. In over 50 years, Carlile learn-to-swim centres have no doubt taught more Australians to swim than any other learn-to-swim school. The guiding principle for the learn-to-swim programs is encapsulated in Forbes's motto: ‘To swim well is an asset for life’.” 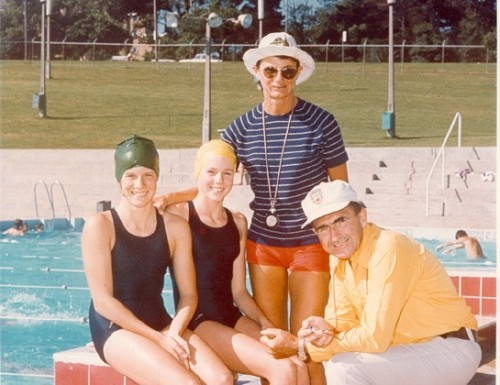 Swimming Australia Chief Executive Mark Anderson paid tribute to Carlile and expressed sincere condolences to his family and friends on behalf of the swimming industry.

Anderson stated “we are deeply saddened on the passing of Forbes Carlile. He is a pioneer of our sport and the respect that he is held in within swimming circles is truly remarkable.

“On behalf of the swimming industry in Australia I would also like to wish our deepest condolences to Ursula, his family, friends and colleagues.”

A celebration of the life of Forbes Carlile will be held in the Grand Ballroom at Sydney's Qudos Bank Arena at 1pm on Wednesday 10th August. All are welcome to attend.