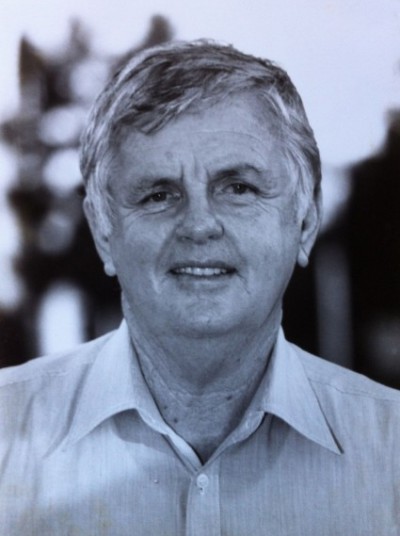 Australasian Leisure Management is saddened to learn of the recent death of amusement industry legend, Leonard George Shaw OAM after a long illness. The former Dreamworld General Manager and long-time President of the Australian Amusement, Leisure and Recreation Association (AALARA), Len is acknowledged for professionalising the Australian theme park industry and inducting many current industry leaders.

A former Royal Austalian Navy seaman and Queensland Government Workplace Health & Safety inspector, Len joined the staff at Dreamworld the invitation of the attraction's founder, John Longhurst. From there, Len introduced many firsts during 20 years with the Gold Coast theme park, including many of the park's signature rides.

Dreamworld GM Engineering & Special Projects, Bob Tan recalls "Len was a respected - and sometimes feared figure who was never too shy to attempt something new.

"A hands-on person in all the things he indulged, Len would admit that some worked and some did not! I recall the refloating of the Captain Sturt paddle steamer - I was with him!"

Len helped found AALARA and was the inaugural Chairman of Standards Australia's ME 051 Committee that wrote the widely respected and used AS 3533 Amusement Rides and Devices Standard. Len also went on to represent the Australian theme park industry on the World stage developing AALARA's relationship with the International Association of Amusement Parks and Attractions (IAAPA) later serving as the Association's first director from the Asia Pacific region.

This input was acknowledged by former IAAPA President and Chief Executive Charlie Bray who, in 2007, wrote "for over a decade, our two organisations have had a very close relationship pioneered by Len Shaw of Dreamworld (and his) insightful and dedicated service on IAAPA's Board."

Former AALARA President and current Chief Operating Officer for Themed Attractions Malaysia, Steve Peet recalls "Len Shaw was the founding father of AALARA and selflessly contributed many hours of his very limited spare time to establish the Association and serve as the inaugural president.

"Len had the very rare ability to balance a very demanding senior executive role and various industry related voluntary senior roles but still found time to provide genuine personal care and assistance to any individual who approached him with a problem.

"The amusement industry has lost a real champion and friend."

In 2001, Len was awaded the Medal of the Order of Australia (OAM) for service to business, particularly the amusement, leisure and recreation industry.

Len was the dearest husband of Dora, loved Dad of Tracey and Duncan and their Spouses, Garry and Marybeth. Loving Pa of Rachel, Tyson, Ashley, Sarah, Marissa and Mitchell. Papa of Oscar.

A funeral service was held on 17th July at the Somerville Chapel, Allambe Gardens, Carrara.

Len will be sadly missed by all of his industry friends.