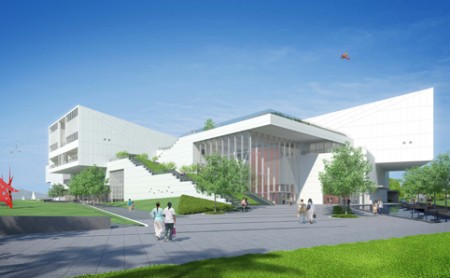 The Chinese city of Shenzhen is seeking to reinvent itself as a creative hub for China’s new economic vision with the planned opening of a huge design museum in partnership with Britain’s V&A.

Set to open in 2017, the Shekou Design Museum is part of a huge development project by the Chinese Government-backed China Merchants Group.

The museum, located in the Seaworld Arts and Culture Centre in the Shekou district of Shenzhen will be the V&A’s first major foray outside of Britain and the first time a museum has entered into this type of partnership abroad.

The V&A (Victoria and Albert Museum - located in London's South Kensington) possesses one of the most comprehensive collections of Chinese art outside of East Asia with a collection of approximately 18,000 objects, with examples from all branches of Chinese art including ceramics, jade, metalwork, lacquer, textiles, furniture, sculpture, ivory, bamboo, rhinoceros horn, glass, paintings, manuscripts and prints.

The Shekou Design Museum is part of Shenzhen, described by Hong Kong’s South China Morning Post (SCMP) as “a city of knock-offs”, trying to reinvent itself as a hub for home-grown designers.

Luisa E. Mengoni, head of the Shekou V&A Gallery told the SCMP “this is us coming to China and trying to engage with what is happening with China’s creative communities.

“We’re developing a new collaboration model working in partnership with an organisation in China, which is one of the countries that is the most important for us.”

In the last week, the V&A’s Shekou team has unveiled a small exhibition at the 2015 Shenzhen Urbanism Architecture B-City Biennale. 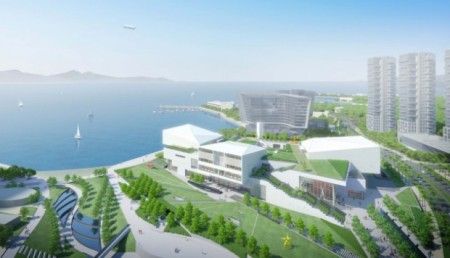 Housed in a former flour factory, the Biennale runs until 28th February.

Biennale co-Curator Doreen Heng Liu told the SCMP “people in Shenzhen don’t have the burden of history, they want to create something of their own.

“It’s fast adapting compared to other cities in China. Young people really feel at home here because Shenzhen gives them a lot of opportunities.”

Since becoming China’s first Special Economic Zone in 1980, and the first city people from across China could move to freely, Shenzhen has ballooned from a tiny fishing village to a vast metropolis of 10 million people.

China’s government has sought to make Shenzhen a focus of its drive to promote home-grown creative industries as it shifts away from an export-led economic model in the face of stalling growth.

The city was named a UNESCO city of design in 2008.