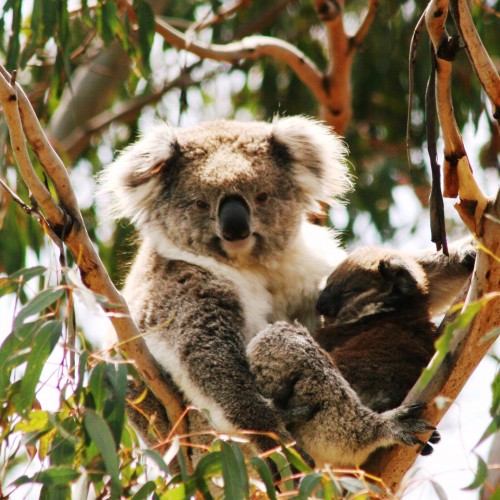 Although the new State Environmental Planning Policy (SEPP) caused recent political disputes, UNSW Associate Professor in Law, Amelia Thorpe says not much is changing as SEPP doesn’t prevent the clearing of any koala habitat and adds “it just requires approval, and even then, there are lots of exceptions.”

Koala population numbers are in serious decline, suffering from the effects of habitat destruction, bushfires, road accidents and more.

As reported on the University of NSW (UNSW) website, the new State Environmental Planning Policy (SEPP) commenced in March. A draft guideline supporting the SEPP was exhibited between March and April but has not yet been finalised.

In early September, the new regulations nearly disbanded the Coalition in New South Wales with National Party leader and Deputy Premier John Barilaro openly opposing the regulations and describing the new policy as “a nail in the coffin for farmers” – while he threatened his 19 MPs with sitting on the crossbench until their position was considered.

However, on 11th September 2020 Barilaro defaulted on his threat to stop supporting Government legislation, and this event concluded with him and NSW Premier Gladys Berejiklian agreeing to hold further talks in cabinet on 6th October 2020.

But do the new regulations even change much?

As reported, Associate Professor Thorpe considers that just like the State Environmental Planning Policy (SEPP) 44, the new SEPP doesn’t prevent the clearing of any koala habitat and adds “it just requires approval, and even then, there are lots of exceptions.”

Koala Plans of Management are still voluntary and since the old SEPP commenced in 1995 only five have been made by councils.

Associate Professor Thorpe notes that there is still not enough financial support for the surveys and the other work needed to prepare these, with very little monitoring or reporting to ensure compliance.

As reported by UNSW - the main changes to improve protection of koalas in the SEPP are:

New definition of core koala habitat. Previously this required evidence of the presence of koalas, including breeding females – so that land where koalas have historically been present or that is assessed as highly suitable for koalas is included.

Expansion of feed tree species from the 10 listed in 1995 to up to 65 in any one area, based on current science.

The new SEPP also includes changes to benefit landowners, including:

Efforts to streamline the approval process, with a koala development approval map removing the need for landowners to undertake surveys if they are covered by the map, and guidelines that can be used – rather than preparing an individual plan of management.

New statutory requirements for councils to undertake consultation with stakeholders when preparing plans of management.

Associate Professor Thorpe says environmental groups have been critical of the new SEPP, saying it doesn’t go far enough and requires extra prohibitions in order to stop the loss of more koalas particularly after the bushfires.

In its media statement, the National Party states “we must protect property rights, traditional farming practices, private native forestry and the ability for landholders to conduct minor developmental changes without being mired in layers of green tape.”

Associate Professor Thorpe says this is based on an understanding of property rights that has never been correct explaining “Property rights have always been constrained by the rights of other property owners – no-one ever has absolute control over their land because what we do affects the land around us.”

Associate Professor Thorpe highlights that while the National Party might not like what it calls “green tape” in this instance, there are other laws and policies that do protect traditional farming practices and forestry.

“This law should be considered in the context of those as part of an effort to balance competing interests – and farmers seem to do pretty well compared to koalas when the overall balance is considered.”