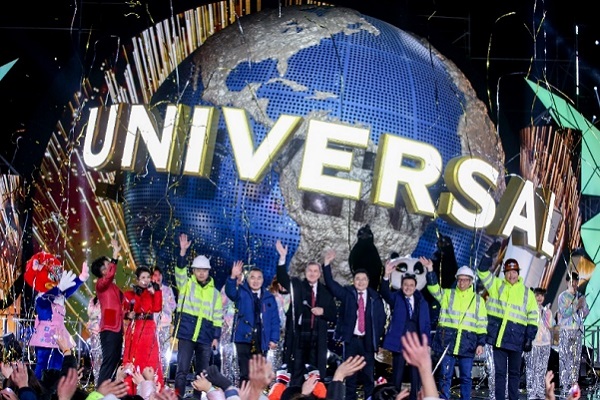 Announcing that major construction on its theme park is now complete, Universal Beijing Resort is now moving ahead in preparation for the highly anticipated grand opening in May this year.

Unveiling signature attractions at the Beijing Radio and Television (BRTV) Global New Year Ice and Snow Night Gala, Tom Mehrmann, General Manager of Beijing International Resort Co., Ltd. Theme Park and Resort Management Branch, advised in a statement “we are now entering the stage of full operations preparations, to ensure a one-of-a-kind experience for guests from China and beyond as we prepare for the opening in 2021.”

The gala exposed viewers to first time seen parts of the Resort’s signature attractions and landmarks - including The Wizarding World of Harry Potter, Transformers and Jurassic World - as well as themed programs and characters on stage.

The gala saw Universal Beijing Resort representatives, including executives and construction teams, announce the major milestone on stage together, acknowledging the more than 100,000 construction workers who have been part of the project.

First conceived over a decade ago, the collaboration between Universal and local partners, including the Beijing Tourism Group has also involved over 500 designers and artists, more than 500 suppliers and global partners, and over 100,000 construction workers. 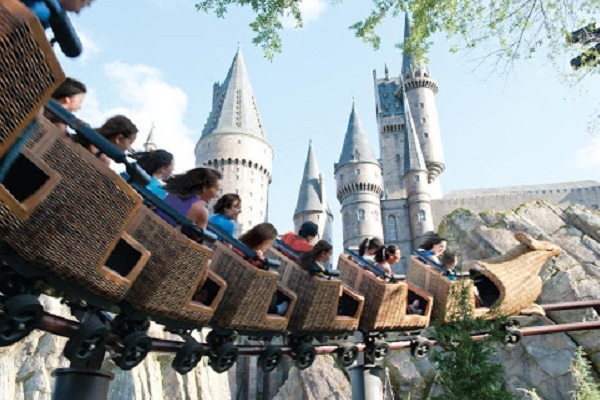 With the major phase of construction ended, Universal Beijing Resort’s focus will switch to putting the detail into the various themed settings, rides and other facilities.

Casting for entertainment talent is underway and training and rehearsals will take place over the coming months while service and security training will also be ongoing.

Each land will contain its own themed rides and immersive experiences alongside shows and themed shops, restaurants and further food and beverage outlets. In all there will be 24 shows and entertainments using a combination of live performance and interactive props and sets.

Shows will include the WaterWorld Stunt Show, featuring a water battle with explosions and crashes, and Lights, Camera, Action! in the Hollywood land, featuring directors Steven Spielberg and Zhang Yimou.

The Universal Studios Grand Hotel will be the first Universal-themed resort hotel - a contemporary interpretation of the glamour and glitz of Hollywood’s Golden Age.

The development will also include the NUO Resort Hotel - the first resort hotel from luxury Chinese hotel brand NUO. Set alongside the park’s waterway it aims to create a serene retreat amidst the bustle of the resort.

The two hotels will be operated by Beijing Tourism Group and Kempinski Hotels, through Key International.