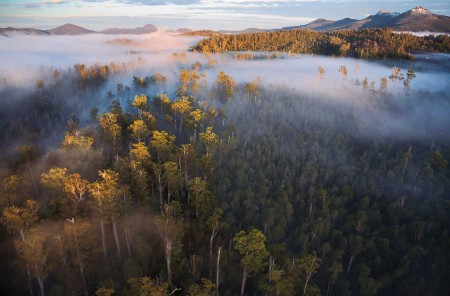 United Nations heritage agency UNESCO has called for a complete ban on logging and mining in Tasmania’s world heritage area and demanded the Tasmanian Government rethink its new management plan for the vast wilderness.

The 21 countries on UNESCO’s world heritage committee have this week ratified a draft decision that calls on the Tasmanian Government to “ensure that commercial logging and mining are not permitted within the entire property” and that a proposed new strategy for the wilderness area is reviewed so that ecological values are fully protected.

With Tasmania’s world heritage area covers about 1.5 million hectares – about 20% of the island’s land mass, the Tasmanian Government wants to open up nearly 200,000 hectares for logging of some kind – an area that represents 12% of the state’s world heritage area. The new management plan also proposes escalating the building of tourism infrastructure, which UNESCO also wants reviewed.

In its decision handed down in Germany, UNESCO’s world heritage committee said the new management plan needed “recognition of wilderness character of the property as one of its key values and as being fundamental for its management” rather than the proposed “remote recreation zone”. 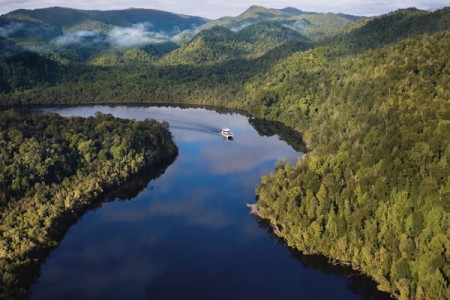 The committee’s report also criticised the Tasmanian Government over its failure to properly survey the cultural properties of the world heritage area. The committee said it is concerned that this survey, which would assess the key Indigenous sites in the area, would not be completed before 2018.

The committee added that plans to open up the area to greater numbers of tourists “raise a number of concerns” and that “strict” controls needed to be placed upon any new tourism ventures.

The Tasmanian Government is currently considering a number of proposals for new tourism infrastructure in the world heritage area, including boat trips in Port Davey and Bathurst Harbour, the building of five huts along the South Coast track, a new adventure precinct and a mountain biking experience.

World heritage committee delegates will visit Tasmania before the State submits an updated report to UNESCO by 1st February next year.