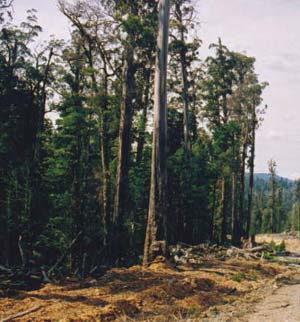 It wants the plan changed, and has stated that mineral exploration and exploitation is incompatible with world heritage status.

The Tasmanian Government is trying to change the way the state's 1.5 million hectare World Heritage Area is managed.

The existing management plan divides the area into four zones, while the new draft plan replaces the wilderness zone with a remote recreation zone.

An initial review cited concerns that the plan appeared to create potential for logging operations and mining activity in the World Heritage Area. 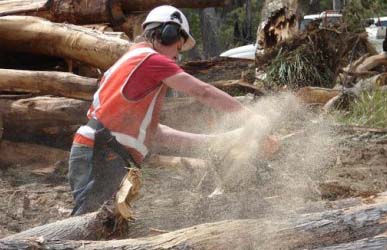 Key aspects of the plan:

• About 1.5 million hectares, a quarter of Tasmania, is covered by the World Heritage listing
• The area contains diverse land types with unique biodiversity, combined with Aboriginal sites
• Introduced in January this year by the Tasmanian Government, the draft plan allows low-scale tourism ventures in the World Heritage Area
• It scraps the dominant wilderness zone and replaces it with a remote recreation zone
• The change allows for basic accommodation, some logging of specialty timber, and some mining activity
• The management plan has been met with support from the tourism industry and strong opposition from environmental groups
• It is also concerned that there is no clear identification of the area's cultural value.

A planned survey of the cultural attributes of Tasmania's World Heritage Area is due to be completed in 2018.

In its review of the draft management plan, the WHC said it had "repeatedly called" for a definition of the property's cultural value.

The committee recommended a mission of international experts be invited to Tasmania to review and provide advice for a survey and the revision of the draft management plan before any moves to finalise it.

Minister Groom added “we recognise that it's important as we move through the consultation process that we listen to all ideas, thoughts and contributions.

Minister Groom said the Government was "absolutely committed to the outstanding values" of the area.

The World Heritage Area makes up almost a quarter of Tasmania, one of the largest temperate natural areas in the southern hemisphere.

It is recognised on the basis of three cultural heritage and four natural heritage criteria and is one of only two properties listed under the UN convention for this many criteria.

Bayley stated “it's a wake-up call that we have to get it right, we have to completely withdraw and redraft the management plan and we have to get on with the job of honouring the committee's request to engage with the Aboriginal community and properly understand and study the cultural heritage values of this area.”