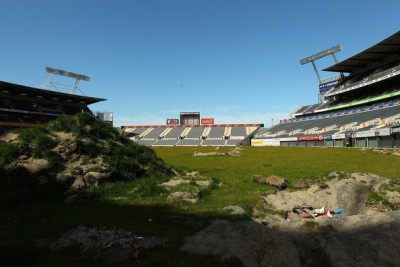 Christchurch Mayor Lianne Dalziel has revealed that the city's Lancaster Park, the South Island’s major sport stadium prior to the February 2011 Canterbury earthquake, is "uneconomic to repair” and should be demolished.

Mayor Dalziel and City Councillors visited the venue on Wednesday to see the damage firsthand having also considered an internal report on the current state of the former AMI Stadium.

Mayor Dalziel advised "the advice we are receiving is that it isn't economic to repair Lancaster Park.

“Even if we spent $100 million more than it was insured for we'd still have a question mark over the costings."

Insured by the Council for $143 million, in December last year its was announced that the Council would receive a global settlement of $635 million from its insurers for all its facilities damaged in the 2010/11 Canterbury earthquakes, including Lancaster Park.

Mayor Dalziel suggested the venue would cost between $255 million and $275 milllion to repair, but added that the Council would never be able to get a company to commit to a fixed price to repair the venue because of the uncertainty of what lay beneath the surface. 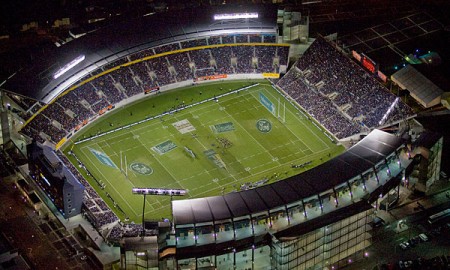 Mayor Dalziel stated “you'd find someone who'd say 'this is our best estimate, we're happy to take on the job as long as you are happy to keep sending the cheques' and that's the problem with the uncertainties that relate to the condition under the ​stadium."

The Council is now to decide on the venue's demolition and the land's future use, with demolition was likely to cost about $20 million.

The future use of the land was restricted by the Lancaster Park Land Vesting Act 2008, which says the land could only be used for cricket, rugby union, and all other sports, recreation, public assembly and ancillary purposes. The land is held in trust for those activities in commemoration of the Canterbury soldiers who died in the First World War.

The Council has spent most of this year completing detailed assessments of the stadium's structures and land to allow it to make an informed decision on the park's future.

Mayor Dalziel added “the earthquake damage was assessed to have left the structures and foundations with a loss of capacity, reduced performance and an uncertain future.”

Ever since it was first suggested that Lancaster Park would probably not have a viable future the New Zealand Government has identified a new stadium in central Christchurch as an anchor project in the city’s rebuilding.

Originally scheduled for completion in 2017, the planned 35,000-seat multi-purpose stadium, likely to be modelled on Dunedin’s Forysth Barr Stadium, is budgeted to cost $470 million with the Council contributing  $252 million of the cost.

However, work on the venue is now unlikely to be completed until at least 2022, extending the life of the city’s temporary AMI Stadium until then.