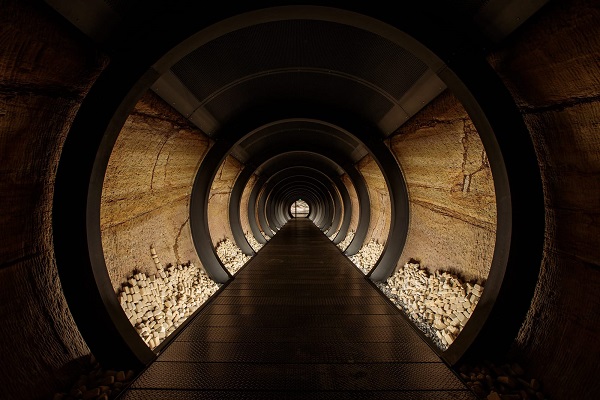 Since opening in June last year, the mysterious new $27 million tunnel extension at Hobart's MONA has been taking willing visitors on a journey to ‘no particular place’ before leaving with the feeling of a ‘religious processional’.

Jaar's immersive installation The Divine Comedy (2019), is a three-room installation based on Dante's The Divine Comedy: Inferno, Purgatorio, Paradiso. Visitors enter - 10 at a time - into three pavilions interpreting each of the realms of the 14th-century epic poem. Within they encounter fire and flood in Inferno; hover between life and death with a film by the US artist Joan Jonas in Purgatorio; and, finally, simply exist in the sensory void of Paradiso. 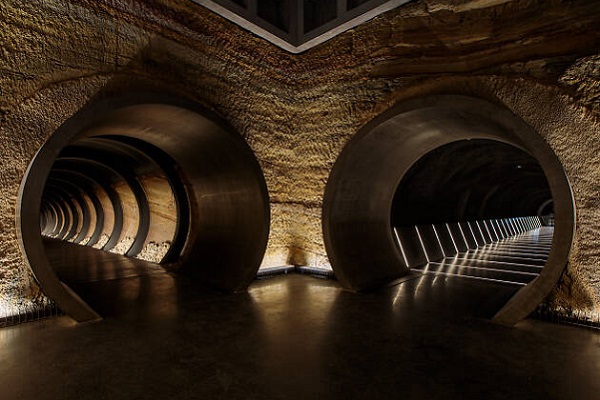 Before visitors enter into the first chamber, they are given a series of content warnings - cautioning about haze, loud noises and extreme heat. They are then strapped into a safety harness and walk into ‘hell’, were, unsurprisingly, they experience the extreme heat and other sensations.

Unveiled by art tycoon and MONA founder David Walsh, the labyrinth of underground tunnels connect the original MONA building with the Pharos wing, which juts out over the water.

Walsh explains “the original Siloam was one of the first tunnels to be constructed from both ends. We dug our version of Siloam to connect two existing areas of the museum, filled it with art and made it greater than the sum of its parts.

“I liked the idea of approaching heaven from below and forcing our visitors to be part of a procession by traversing a tunnel to nowhere.” 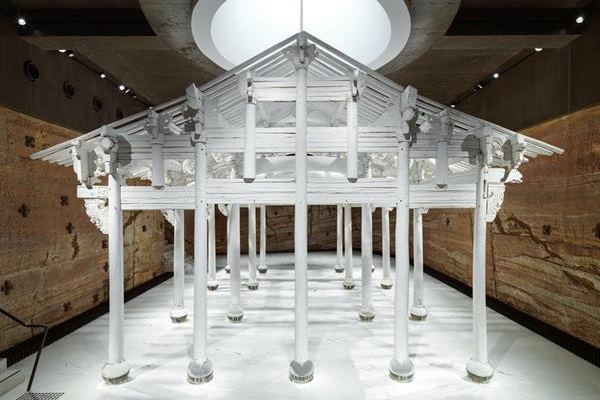 The project is the latest in a string of MONA-related projects for architects Fender Katsalidis, beginning with the museum itself, the Pharos extension and a proposed hotel and casino. The practice also recently unveiled designs for the first stage of the redevelopment of a part of central Hobart that includes the historic Odeon Theatre as a new ‘cultural precinct’ for Darklab, a MONA subsidiary.

For more information go to mona.net.au/museum/siloam

Images of MONA’s Siloam including the White House (2015) by Ai Weiwei in the Siloam expansion at MONA. Courtesy of Jesse Hunniford/MONA.