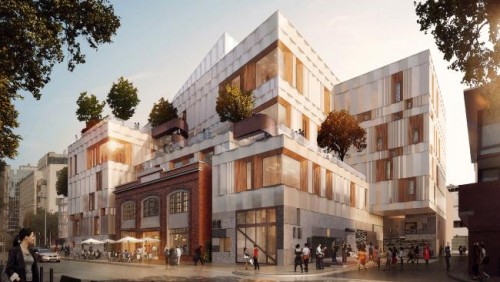 Hobart City Council has given unanimous approval for the University of Tasmania’s $90 million Creative Industries and Performing Arts Development.

The development will bring the University further into the heart of the Hobart, with the ‘world-class” performing arts centre to be built on the corner of Collins and Campbell streets. Key components of the centre include a studio theatre, recital hall and education spaces.

UTAS has previously said the academy is expected to attract between 3,000 and 8,000 new students and generate more than $660 million in direct and indirect economic benefits over the next seven years from its planned completion in 2018.

The project, designed by Liminal Architecture in conjunction with Singapore architects WOHA and Sydney planners Arup, will also encompass an upgraded Theatre Royal, a new Conservatorium of Music and the Creative Exchange Institute a research institute focusing on performance, design and creativity.

The design includes a glass walkway connecting the new building to the Theatre Royal. 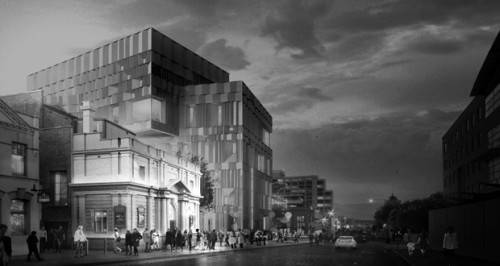 Upgrades to the theatre will include a new public entrance, expanded bars and toilet facilities, the replacement of the ageing Backspace Theatre with a purpose-built studio theatre, new ticketing and cloakroom areas and a suite of dressing rooms.

Professor Calford stated “this is an important milestone and we are delighted to have secured the community's support - through the council - for our vision for this project.

"The cultural and performing arts precinct embodies the power of partnership - the result of alignment between the University, the Government and Theatre Royal.

"It is the next important step in our goal to be a University deeply embedded in its community and, along with other projects such as the NRAS Melville Street student apartments, will dramatically lift the life and dynamism of our city heart."

Head of the Tasmanian College of the Arts Professor Kit Wise said the University would be at the forefront of the nation, and among the best in the world, so far as facilities were concerned.

Professor Wise added “this building, in one of the beautiful waterfront cities of the world, in the midst of an artistic and cultural resurgence across the State, will be a magnet for a new creative cohort of students, teachers and researchers."

“It is the next important step in our goal to be a university deeply embedded in its community and, along with other projects ... will dramatically lift the life and dynamism of our city heart.”

Images: Artist’s impressions of the Academy for Creative Industries and Performing Arts in Hobart.