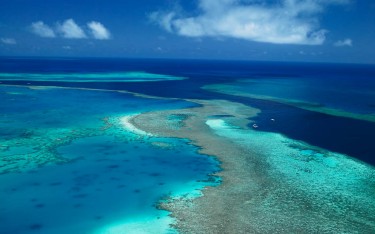 Queensland is struggling to meet its water quality targets for the Great Barrier Reef, according to a new report from the United Nation's World Heritage Committee.

The Committee's draft decision on the state of conservation of the reef was released in Paris on Friday, advising that despite the positive achievements in the Reef 2050 Plan to reduce pressure on the reef, progress towards achieving water quality targets had been slow.

The draft decision document “welcomes the progress made with the inception and initial implementation of the Reef 2050 Long-Term Sustainability Plan (2050 LTSP) and the establishment of the Investment Framework, and expresses its appreciation for the significant efforts by all those involved in the implementation of the 2050 LTSP.”

However, the draft decision acknowledges that the most immediate water quality targets would not be achieved within the foreseen timeframe, also highlighting the need to enforce reef regulations and the need for land clearing reforms.

Queensland’s Minister for the Environment and Great Barrier Reef Steven Miles welcomed the Committee’s report and said the draft decision recognised the intensity of work being undertaken to protect this international icon.

Minister Miles explained “the (Queensland) Government has committed $100 million over five years in extra funding for reef water quality projects to improve the health and resilience of the reef.

“We have also banned capital dredging in all but four priority ports and banned the dumping of dredge spoil (in) the Great Barrier Reef World Heritage Area.”

Attempts by the current Queensland Government to tighten land clearing were blocked by the opposition and some crossbench MPs last year.

“This sends a signal to Opposition Leader Tim Nicholls to support new regulations or put the reef’s World Heritage status at risk.

“It was the previous LNP government who dismantled reef and land clearing protections and who planned to dump dredge spoil on the reef.

“Labor has reversed some of that damage, but we can’t achieve our targets while the current parliament blocks sensible laws.”

World Wildlife Fund's Head of Oceans and Sustainable Development Richard Leck said the Reef may only be a few years away from being declared endangered, commenting “i the reef was placed on that endangered list, it's inevitable that the tourism industry would suffer as a result.”

The Queensland Government said it was committed to protecting the reef and had committed $100 million over the next five years to water quality projects.

The draft decision will be considered by the World Heritage Committee at the upcoming meeting in Krakow, Poland from 2nd to 12th July 2017.

An overall report on the state of conservation of the Great Barrier Reef will then be submitted to the World Heritage Committee Committee by 1st December 2019. That report will include an assessment of progress towards the targets and the effectiveness of the response to the bleaching events.

The draft decision can be viewed at www.whc.unesco.org/en/soc/3658