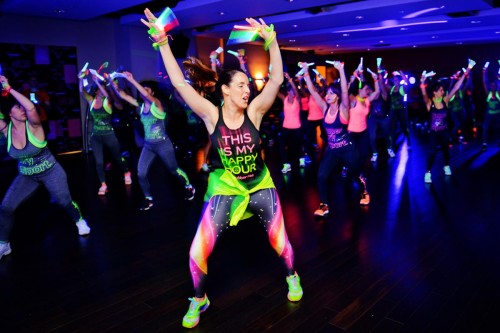 Nine students passed the first course led by master trainer Jade Purdie, who has been running Clubbercise sessions in Melbourne since December 2016.

The instructors, who can now teach classes in Australia, included instructors from Fernwood Fitness and Genesis Fitness, which launched Clubbercise to its members in July.

Clubbercise classes sees participants workout with glow sticks in a darkened room with disco lighting and to a soundtrack of club anthems.

Clubbercise founder and Brand Director Claire Burlison-Green explained "the reception we’ve received from the Australian market is incredible, we’ve already launched two more courses in Sydney and Perth to meet demand for instructors, with more to follow. We’re also going to be running masterclasses in big cities so the Aussies can get the full Clubbercise experience."

Instructor courses are also available in the UK, Germany and Thailand.