UCI slammed for lack of action after Armstrong doping saga 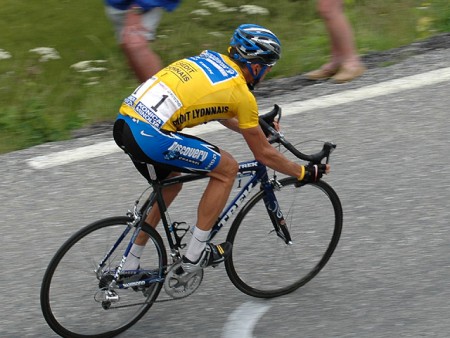 The US Anti-Doping Agency (USADA) President Travis Tygart accused the International Cycling Union (UCI) of failing in its promise to deal with the consequences of the Lance Armstrong scandal.

Speaking before a French Senate investigation committee on doping, Tygart, the man behind Armstrong's fall, said the governing body had taken no action after the cyclist was banned for life for doping his way to seven Tour de France titles.

In a 15-minute speech, Tygart explained "it is unacceptable for the UCI to have accepted our reasoned decision, publicly announced that 'decisive action was needed' and simply have done nothing."

The USADA President reminded committee members that the UCI had said that only "a transparent and decisive examination of the past would answer the critics."

He then added "the only decisive action came a few weeks later when UCI disbanded the established independent commission when it actually started to act independently by taking off the handcuffs and removing the blindfolds that the UCI had placed on it from the onset."

On 28th January, the UCI disbanded the Independent Commission which was investigating the Armstrong affair in favour of a Truth and Reconciliation process - which has yet to start.

Questioning this, Tygart stated "the UCI's current strategy is to play a stall game, let the cycling season start, let another Tour de France occur, let another six months go by and people will forget."

UCI President Pat McQuaid had described Tyler Hamilton and Floyd Landis, who testified against Armstrong, as "scumbags" after the UCI had ratified the USADA's decision to strip Armstrong of his seven Tour titles last October.

Tygart stated "it sends a strong and frightening message to others: you'd better not come forward.

"It is time for those who love the sport to finally know the whole truth, but for clean athletes and those who share the Olympic values, now is the time for the truth.

"We cannot wait any longer if we mean what we say by Olympic values, about clean play, fair play.

"The UCI must follow through on what they announced: decisive action."
Reuters