UAE fitness industry worth US$380 million 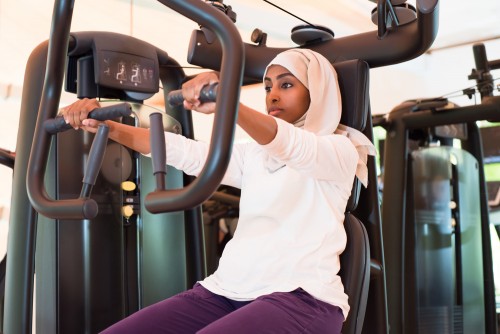 Home to some of the world’s most recognisable fitness brands, including Gold’s Gym and Fitness First and with numerous facilities offering Les Mills International programs, the fitness industry in the United Arab Emirates  is estimated to be worth according to research firm Statista.

Yet, with 800 distinctive health and fitness concepts available across the UAE, the nation is struggling with an inactivity and weight crisis, with obesity levels stuck at twice the global average. Reports by the World Health Organisation (WHO) show 70% of men and 67% of women aged 15 years and older in the country are considered overweight.

Commenting on these issues, Glen Stollery, Director of Operations for Les Mills Middle East until May this year, told Arabian Business “when these statistics are combined with the fact that the weather makes it almost impossible to exercise outside for several months of the year, you have a market that is ripe for the picking for savvy operators.”

While Stollery highlighted that setting up a fitness facility requires little more than “leasing a property and throwing in exercise equipment,” he says starting a successful business is when the struggle begins, largely due to the fact that many apartment buildings in the country have a reasonably well-equipped gym servicing their residents - a challenge most health club operators outside the UAE do not face.

Stollery adds “this means that commercial clubs need to offer some differentiation - they can’t simply offer exercise equipment, as many city dwellers already have gym access free of charge.

“(People) know they can train in their building, follow a routine off a YouTube video or even run around the block. But the fact of the matter is, most don’t because they’re not motivated enough to do so.

Within the Emirate of Dubai gym memberships are, according to a recentreport by Deutsche Bank, the second most expensive in the world at an average US$119.20 per month.

Guillaume Mariole, founder of Dubai-based Ignite Fitness, says talented staff are hard to come by and even harder to afford. He argues that this is due to the influx of freelancers who work illegally in an industry that requires more regulation in terms of freelance jobs.

Mariole advises “staff cost too much because the market is unregulated, so they get to call the shots, rather than the companies, who take all the risk. There are extensive costs associated with staffing, licensing, insurances, permits, office, equipment, VAT - the list goes on.

“Things are getting tougher as we have to compete with freelance trainers who don’t conform to the same set of rules.

“Business owners are taking a hit for new costs to ensure they remain compliant, while freelancers just skim along in the background.”

To be competitive, Ignite is offering additional programs and a membership loyalty program, leading to it achieveing annual growth of 20% in the six years from its launch in January 2010. Mariole adds “there is significant opportunity yet to be captured within the UAE. Any market is good to start a fitness business, I wouldn’t pigeonhole the UAE.

“As with any market, some will do well while others fail.”